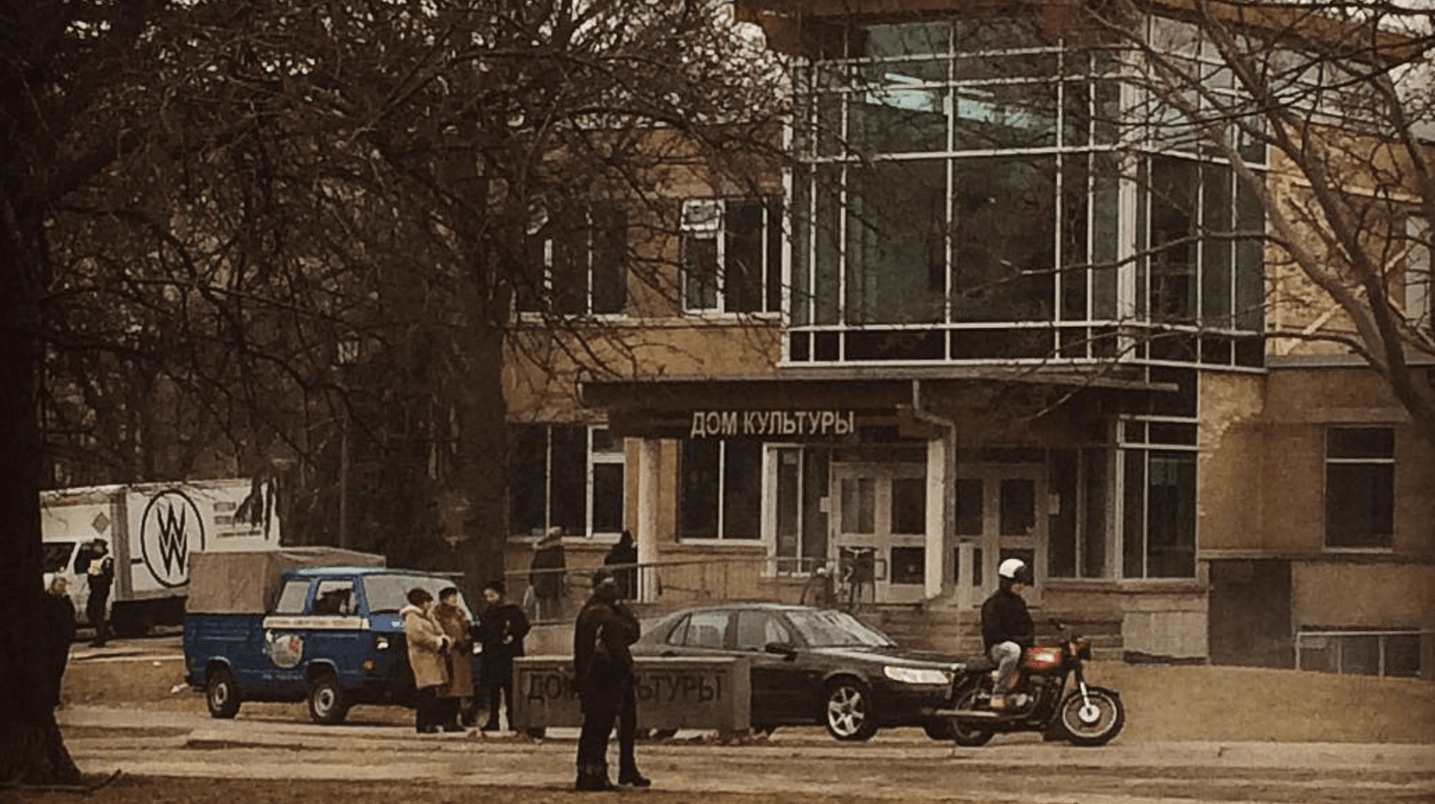 So often you see “New York,” “Boston,” or “Chicago” instead of “Toronto” on various signs around the city for film shoots, all because of the city’s great tax breaks and its ability to turn American with little set changes.

But seeing it as “Russia” is a rarity.

A few people walking past Trinity Bellwoods Community Centre recently noticed its signs were no longer in English but in Russian, and beneath the Russian signs were the typical set security guards. There were also what appeared to be actors dressed in earth toned, old fashioned Soviet Union-looking winter jackets.

Toronto has become particularly nasty this winter, so why not shoot a Soviet Union period drama in one of its dreary parks and accompanying community centres?

We’ll probably have to wait at least a few months to find out what this is, whether it’s a movie, or if a show like The Americans ventured up here to shoot their upcoming final season.

Until then, let the conspiracy theories run free.