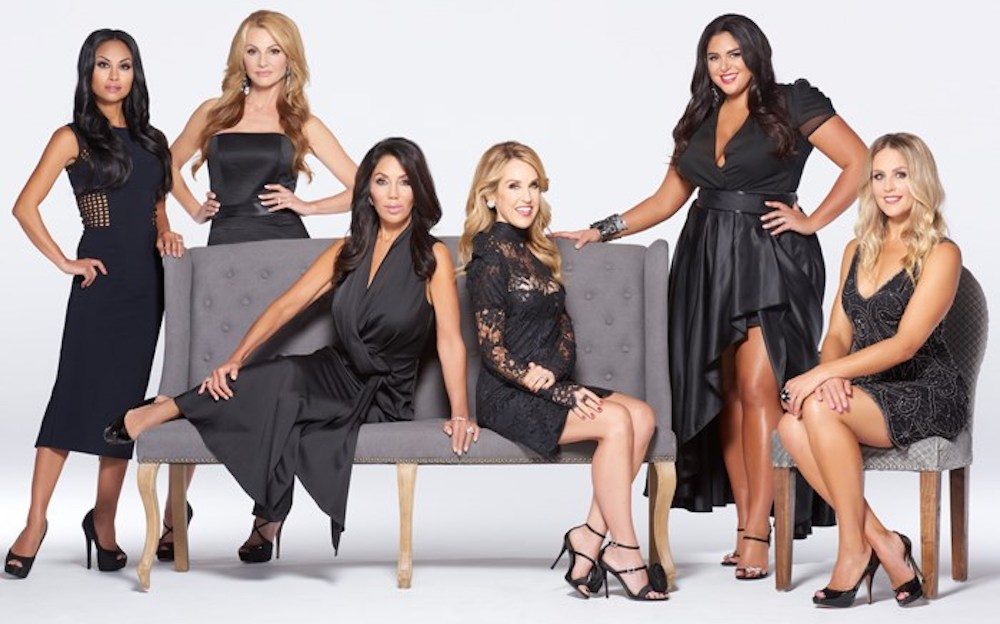 Well splash a glass of Chardonnay in my face because I must be dreaming.

Is this actually happening? Is the Real Housewives franchise actually coming to Toronto? That question was rhetorical because I KNOW IT IS AND YES, I AM EXCITED THANK YOU FOR ASKING.

The reality series has been a staple on lifestyle networks since 2006 with the premier of RHOC (that’s The Real Housewives of Orange County, ya’ll). Since then, real housewives have been popping up around the globe. They’ve been gettin’ real in Atlanta, New Jersey, someplace called Potomac, Bangkok and even Vancouver.

But there has never been ‘realer’ housewives than right now, because this time they’re OURS! I feel like a proud, drunk mother at her kid’s first soccer game who has to go lay down in the mini van for a while because she can’t even.

Toronto is finally on The Real Housewives map!

Here’s what we know

The cast of 6(ix) local ladies have been chosen for their elite status in Toronto’s high society but they are more than just the wives of rich men.

Kara, Roxy, Gregoriane, Joan, Ann and Jana are in the top of their fields of business, marketing, fashion and one of them has 8 kids, hold on whaaaaaaaaat? I thought you could only do that in the pioneer days when you needed help on a farm?

You can check out their full bios on Slice TV, but if the trailer is any indication of what we’re in for, this season is going to be good.

Kara is kookoo for crazy puffs and has drama about someone taking their panties off at her dinner party. Jana says she will punch someone and then ACTUALLY FLIPS HER HAIR, YOU GUYS! And we already love Roxy because she has all the good catch phrases and tells it like it is. Which basically means she’s just rude but we totally love that about her.

What You Can Expect

Staged interactions in front of Toronto’s famous landmarks. If we’re lucky, someone might be told they’re “not a good friend” below the CN tower or to “stay away from my husband” in the dinosaur exhibit at the ROM. Make sure you take a shot every time you see a snap zoom of Toronto’s city skyline but if the RHOT cast doesn’t have to wait in line at Uncle Tetsu’s I swear to Beyoncé I will throw my Lean Cuisine at the television because that is not cool.

The Real Housewives of Toronto premiers next Tuesday, March 7 on Slice so the one-week countdown is on.

Better buy a $760,000 hat and hold onto it because this is going to be a bumpy shame spiral!