There are currently several Toronto transit plans out there for the City.

From the Line 1 extension to the city’s Relief Line, there are some big changes to the region’s public transportation lines.

And for its recent Waterfront Transit “Reset” public information session, the City has put together a map of what all the current, proposed, and developing transit lines would look like 15 years down the road.

In case you were confused as to where the Relief Line goes, or what the Scarborough Subway Extension entails, this should clarify the future lines.

The map also includes the projected waterfront transit, which is part of a major plan that would see a line connecting from Long Branch in the west to Woodbine Avenue in the east, and south of the Queensway/Queen Street.

It’s looking more like a metropolis now, isn’t it? 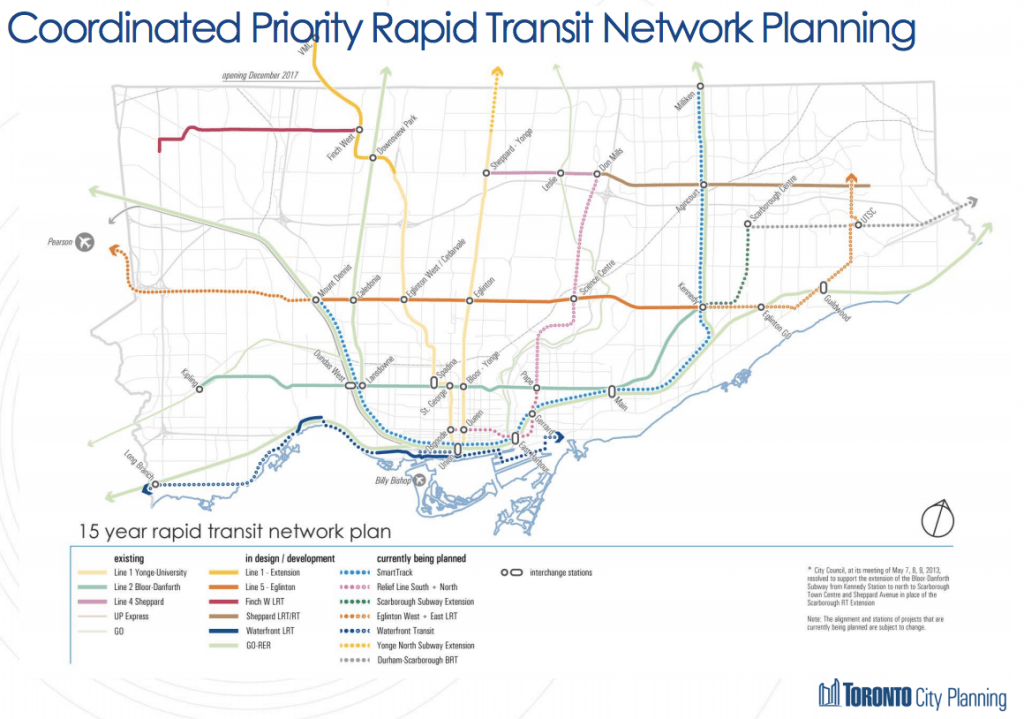