After an initial idea of having a “car free” King Street, the City of Toronto has unveiled options for a “transit first” design.

At a packed public meeting at Metro Hall on February 13, the City showed its plans for the redesign of King Street that would transform the public realm experience while improving the transit experience along the busy downtown stretch.

The City released a 49-page presentation with a full outline of the proposed changes in the pilot project. The project remains a pilot in order to allow for changes, and to adapt as needed throughout the development.

The allocation of space on King Street has not changed in 100 years, according to the City, and it’s an important downtown east-west artery.

Part of the study for the pilot included how to accommodate street traffic, along with the 446 on-street parking, 37 taxi stands, 77 driveways, and 10 underground garages. 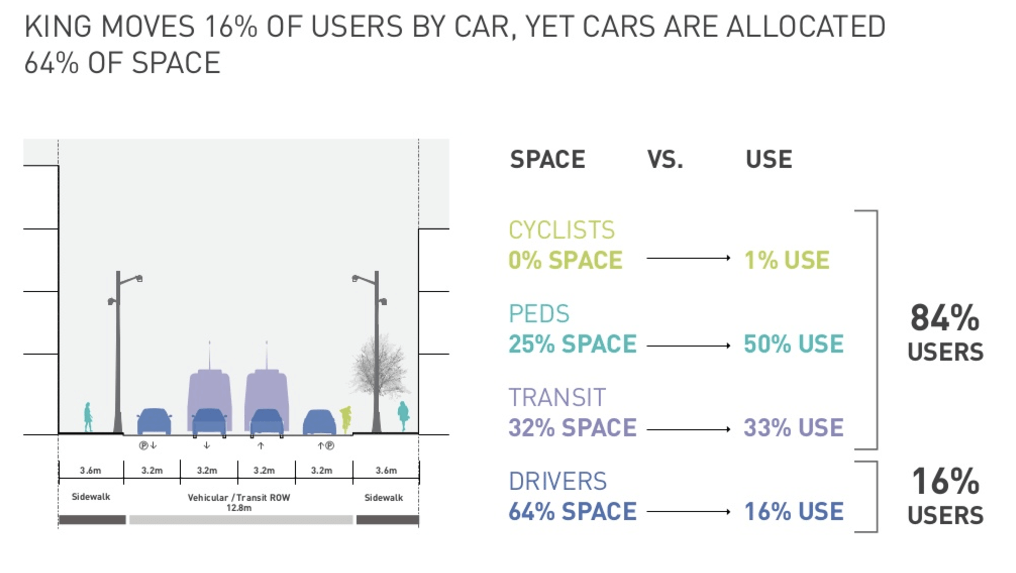 The accessibility and efficiency of transit along King Street can not be achieved while accommodating the existing volume of cars, which is currently occupying 64 per cent of the space. During the pilot, transit experience should see an improvement. This includes a safe and accessible space to exit and board streetcars.

Besides safety and accessibility, the redesign is also aimed at improving the speed of transit along King Street, which can often be very slow moving during rush hour.

In fact, a whole slide on the City’s presentation compares the speed of streetcars to those walking along King. For real. 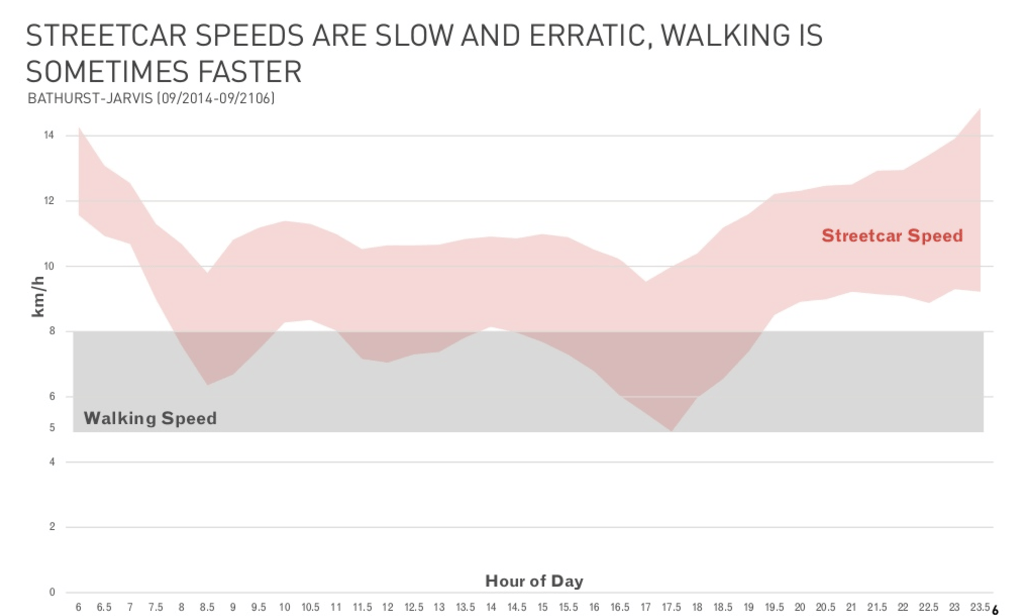 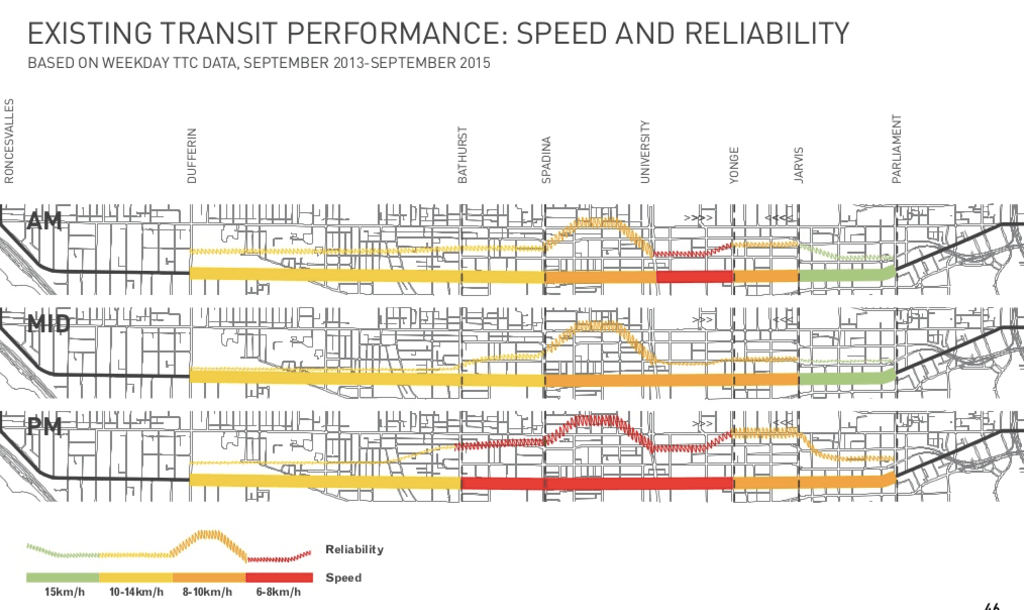 The study area, which stretches from Roncesvalles to the Don River, is separated by neighbourhoods, and broken down to fulfill each area’s needs.

The pilot recommends three options for the area: separated lanes, alternating “loops”, and a transit promenade. 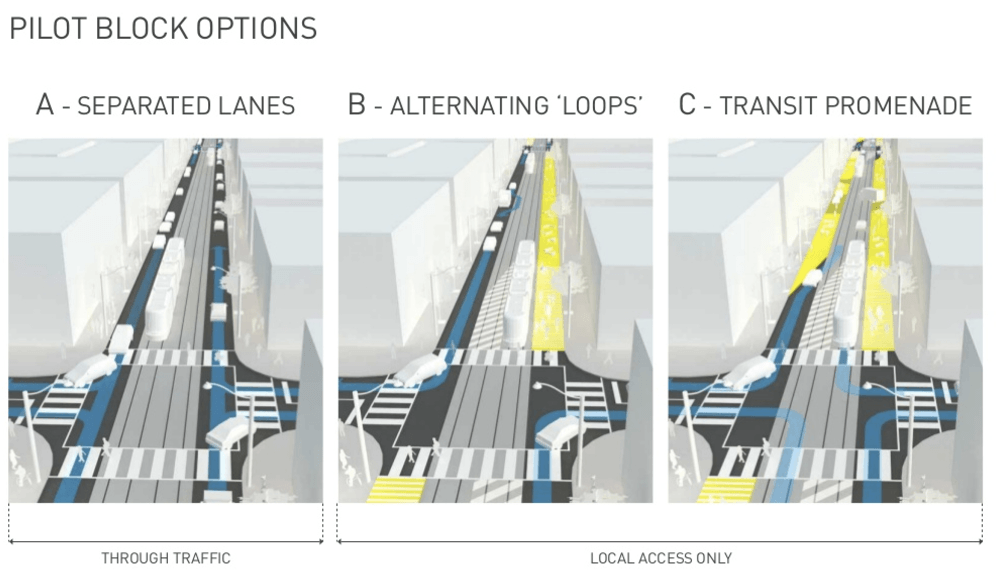 The first option allows for physical separated lanes, with cyclists sharing curbside lanes with vehicles. There would be no change in the public realm.

The second option, alternating loops, would give streetcars a priority lane and there would be accessible farside boarding from the curb lane. Moreover, a curbside lane would be shared between cyclists and vehicles on one side, and a public realm space would be on other side that would be split between pedestrians and cyclists.

And the third option, transit promenade, would give streetcars priority lanes, and cycling infrastucture would replace the public realm on the curbside.

The pilot is currently in its first stage, with further studies on the development of travel demand planned for March. The second phase, involving the selection of preferred pilot(s) is scheduled for later this spring, and design and implementation is scheduled for the fall.