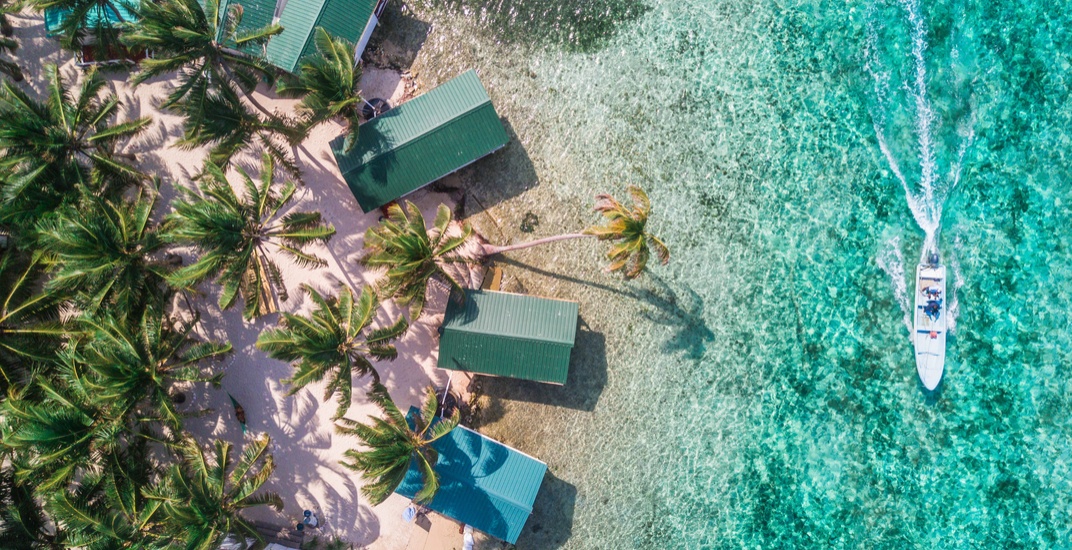 After scouring billions of search engine queries, KAYAK has released its annual 2019 Travel Trend Forecast which reveals the biggest travel trends for Toronto in the coming year.

According to KAYAK, Torontonians are the “party people of Canada,” and are “booking 2019 adventures to cities with boisterous nightlife and buzzworthy social scenes including Los Angles, New York, Las Vegas, Paris and Miami.”

As for Toronto’s “Top Trending Destinations,” locals are all about living their best lives in “glitz and glam” locations like Belize, Milan, Tokyo and Casablanca. 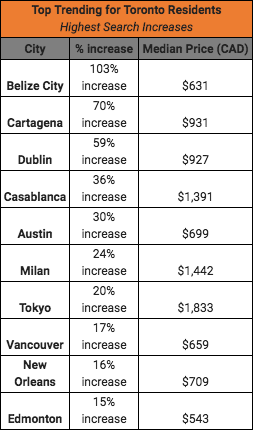 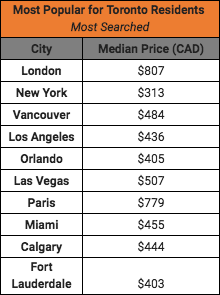 Overall, Canadians take the crown as North America’s most adventurous travellers, according to KAYAK. Seven of Canada’s Top 10 “Most Popular Destinations” (i.e. the most searched) are international spots including New Delhi, London, and Paris.

As we settle into the thick of our frigid winter, Torontonians may be on to something when considering a vacation to somewhere sunny and hot.