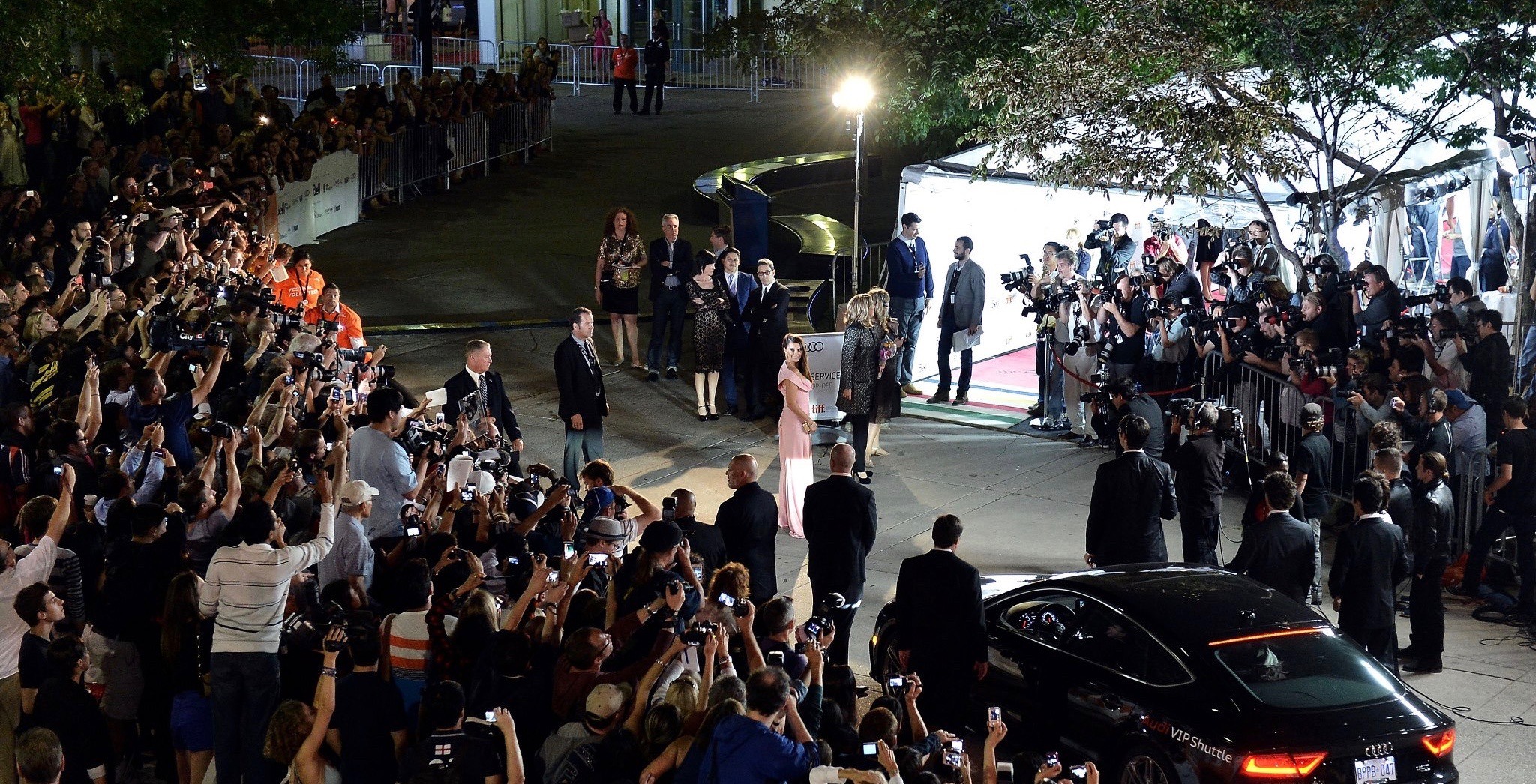 With all the red carpets, cocktail dresses, 4 am last calls and flowing bubbly, the Toronto International Film Festival (TIFF) is just as much about the parties as it is the films.

Trust us when we tell you that there will be more than a few lost voices and bloated faces by the end of it (but some amazing memories to balance it all out).

Parties of all sizes will take place at venues throughout the city, including the ultra exclusive Grey Goose cast parties at places like Soho House and STK and the hot pop-up spot, RBC House. While you’d have better luck of getting into the Oscars without a ticket to any of those parties – or most of the celeb-filled ones, for that matter – there are a few that are open to the public.

What: Back to a second year, Maison Moet returns to offer its well-heeled guests all the bubbly their hearts desire. For opening night, guests can expect flowing champagne until the early hours of the morning, with the sounds of DJ Lissa Monet and special guest DJ Mia Moretti to keep the energy levels high.

A sneak peak at our home base at #TIFF17. Stick with us on all of our social platforms starting tomorrow for exclusive content from our red carpet premieres, and a look into the festival’s arts and culture hub, Mongrel House! #MongrelTIFF 🥂🎥🎞

What: Essentially a house party of epic proportions, Mongrel House is back to transform the sprawling Campbell House into an interactive playground of a celebration, complete with live music, food stations from the St. Lawrence Market, live-karaoke, ping-pong and a speakeasy.

When: Various dates throughout the festival
Where: Campbell House Museum
Private event

What: TIFF partakers can get a taste of Miami when Villa Azur pops up in Toronto, bringing the South Beach dining and partying experience to the festival. The event transforms the fourth floor of The Spoke Club for four days of brunches, champagne, bottle service, fashionable crowds and world renowned DJs.

When: Thursday, September 7 to Sunday September 10, 2017
Where: The Spoke Club
Private event

What: Hosted by the easy-on-the-eyes Property Brothers (Drew and Jonathan Scott), the 7th annual Producers Ball gala is an intimate yet fancy affair dedicated to celebrating producers and their role in the industry. This invite-only party is packed with international directors, producers, talents and media.

Is that time of the year again! #tiff17 #festivalstreet #toronto #teampixel

What: Once again pissing off drivers but pleasing pedestrians, King Street West between Peter and University Streets will be closed to vehicular traffic in celebration of TIFF. The free event transforms the usually traffic-packed stretch into an interactive and live music-filled celebration.

When: Thursday, September 7 to Sunday September 10, 2017
Where: King Street West
Open to the Public

OMG TIFF has finally arrived! We are pleased to be a part of Toronto’s largest festival. Be a part of the glamour while elite movie premieres are being showcased. . ‘Ovation’ is TIFF’s most anticipated soiree, and we’re happy to help out our friends at A Small World. Purchase your tickets at www.tiffovation.com And use promo code ASW2017 for a 10% discount. . Enjoy TIFF and we will see you this weekend at Ovation taking place at the TIFF Lightbox. . Special ‘Thank You’ to @adamturnertoronto of A Small World. Check them out at www.asw.com for membership opportunities. . #TIFF #TIFFOvation #TIFF2017 #TIFF18 #Toronto #SAPNATO #Milton #Oakville #Mississauga #Brampton #Etobicoke #Rexdale #Malton #Vaughan #Woodbridge #RichmondHill #Markham #Scarborough #NorthYork #EastYork #DowntownToronto #Pickering #Ajax #Whitby #Oshawa #ScarbTO #6ix

What: TIFF Ovation returns once again to offer a chance for the stylish and connected set of Toronto young professionals to celebrate the season with flowing cocktails their peers. Held over two days in the middle of the action on the 6 floor rooftop of the TIFF Bell Lightbox, the event is open to the general public.

Artists for Peace and Justice with the lovely @tarahendela and my handsome husband, who took this photo. #APJ2016 @artistsforpeace #haiti

What: This annual see-and-be-seen gala returns to raise both funds and awareness for Paul Haggis’ Artists for Peace and Justice (APJ), an international charity organization that funds youth education, health and dignity initiatives in Haiti. Moving from its Casa Loma location this year, it goes down at the AGO and will include guests like Paul Haggis, Javier Bardem, Ben Stiller and Cuba Gooding Junior, among others.

When: Sunday, September 10, 2017
Where: Art Gallery of Ontario (AGO)
Private event

At #CFCBBQ today. Very cool event. 28 years of the bbq.

What: You can expect to see Toronto’s actors, filmmakers, agents and casting directors – plus some celeb VIPS – hit the Canadian Film Centre (CFC) for their annual BBQ. The boozy (and hangover-curing) Sunday funday affair honours Canadian films and raises funds to keep it amazing.

Women in Film Presented by Birks

What: This event celebrates the female magic makers of the Canadian film industry, as beloved jewellery brand Birks and Telefilm Canada pay tribute to Canadian women in film. Honorees include influential female Canadian directors and actors. If it’s anything like last year, the event celebrates Canadian fashion as much as it does the talent.

When: Tuesday, September 12, 2017
Where: The Spoke Club
Private Event

Less than two weeks to go before the most talked about event of TIFF! Eligible Magazine presents The TIFF Bachelor Party Friday, September 15th @everleighto. This year meet Dean, Robby, Ben Z and Adam from the current season of Bachelor In Paradise! Our red carpet is hosted by avid Bachelor Nation fan, the sensational Jennifer Valentyne! Tag a friend for a chance to win two tickets!

What: If you have a soft spot for The Bachelor, you (shamelessly) won’t want to miss this Bachelor alum-filled affair. It starts with a red carpet hosted by #BachelorNation expert Jennifer Valentyne, followed by the intimate Noxx & Dunn Rum VIP Party from 8:00 pm to 10:00 pm with one-on-one time with The Bachelors of the night: Dean Unglert, Robby Hayes, Ben Zorn and Adam Gottschalk. The general admission party opens at 10:00 pm.

When: Friday, September 15, 2017
Where: The Everleigh
Open to the public

What: While most of the famous faces may have headed home to Hollywood, others will end off the 10-day festival at the Bond PlaceHotel for the TIFF Closing Night Gala. The black-tie affair costs a pretty penny (tickets cost $165), with all proceeds benefitting SickKids.