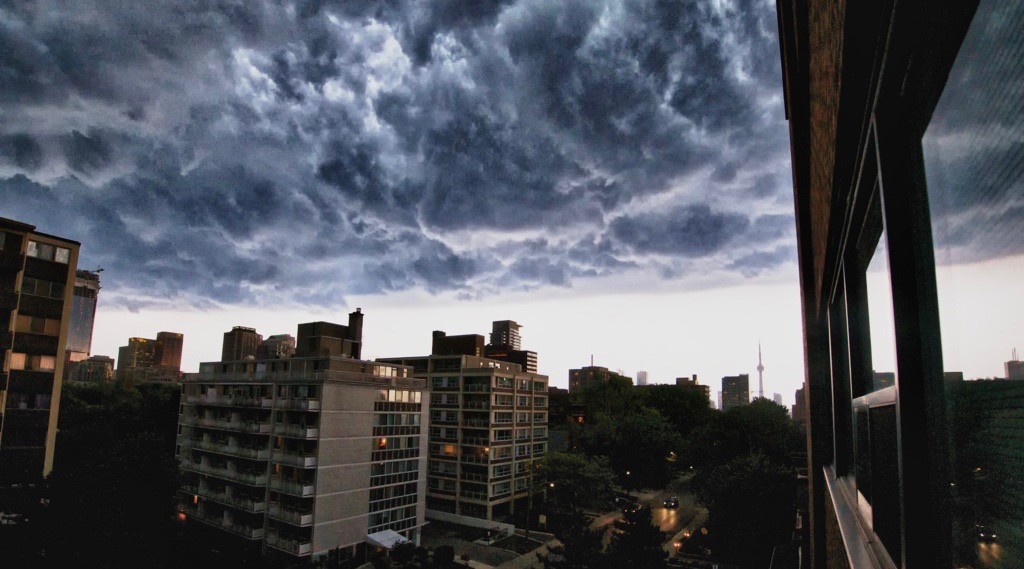 Environment Canada has issued a rainfall warning for Toronto as heavy downpours and thunderstorms are expected to continue Tuesday evening.

According to the EC, heavy rain and the potential of thunderstorms will continue into the late hours.

Afternoon thunderstorms are expected to become more scattered before returning to the region.

“Rainfall amounts will be highly variable given the localized nature of the heavy rain and thunderstorms,” said the EC.

According to Environment Canada, there is a chance of flash floods due to heavy downpours, and localized flooding in low-lying areas is possible.

The city of Toronto is also under a heat warning as temperatures surpassed 41°C due to humidity.