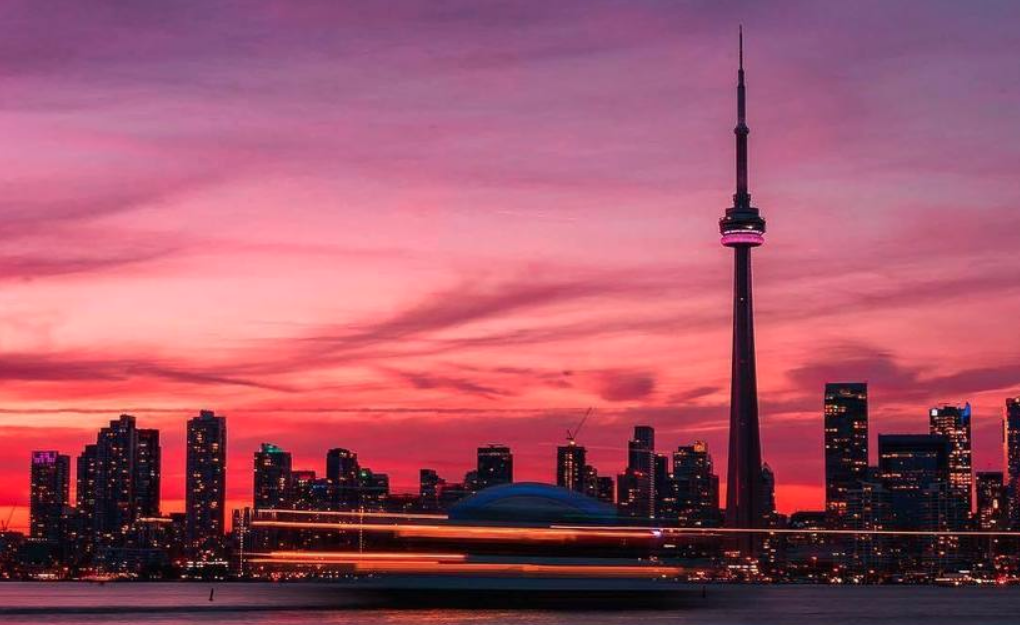 Many Torontonians left the city over Thanksgiving weekend and headed home (or somewhere else) to enjoy the holiday with their families.

But those who stayed behind in Toronto had a lot to be thankful for, as the city put on quite a show. The skies above the city glowed pink and orange on Sunday evening, providing an incredible Thanksgiving sunset.

If you happened to miss the sunset in person, you’re in for a treat as many Torontonians shared their sunset pics on social media. Here are some of the most stunning shots.

the sky here in toronto was pretty tonight, so i thought i’d share 🙂 ✨ pic.twitter.com/0poOvmdTK1

Beautiful Thanksgiving Sunset over Toronto, ON
Image by @alexandramack22#ImagesOfCanada

Mystic sunset on this thanksgiving weekend at the @AgaKhanPark Toronto pic.twitter.com/rGtTu3x1Xk

View of the beautiful sky from our backyard this evening. Toronto is a lovely place to live. @DarkFairyNina pic.twitter.com/m9AJOQMomi

@CBCToronto the sunset was amazing! View from our condo at Yonge & Esplanade. pic.twitter.com/LAhIHSP4Ya