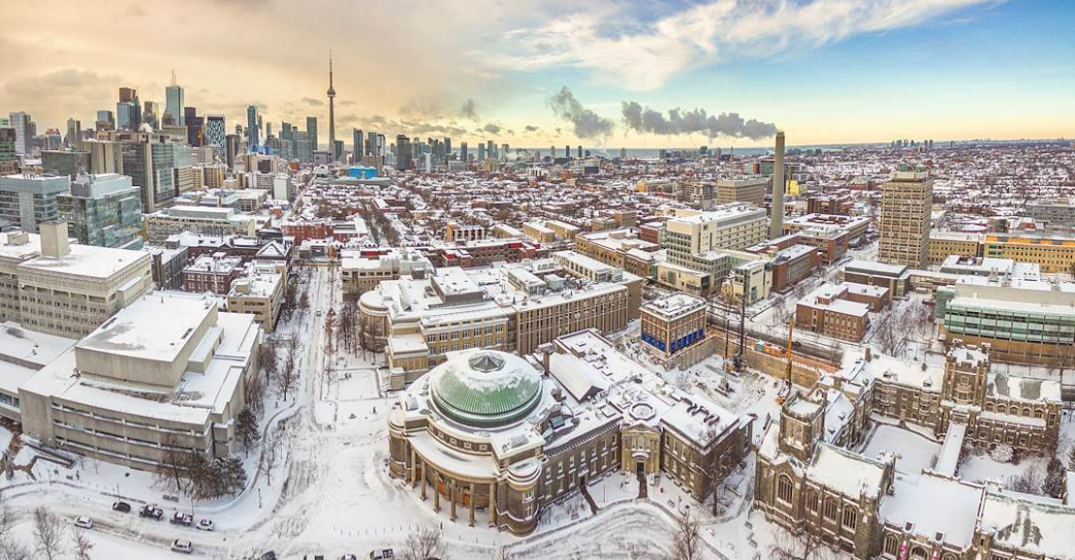 Toronto, we are just days away from St. Patrick’s Day.

And in the days leading up to everyone’s favourite Irish holiday, most people are finalizing their plans and what ridiculous green getup they’ll wear.

If you’re still trying to decide on an outfit, you’re going to want to dress warmly this weekend, as The Weather Network says there’s a chance of flurries and below seasonal temperatures, which means partygoers may end up drinking (even more) just to stay warm.

The Weather Network says a widespread two to five cm of snow is forecasted through early Saturday, but “being a lake-effect snow event, some local areas could see totals add up to five to eight cm in the more defined squalls off of Lake Huron and Georgian Bay.” 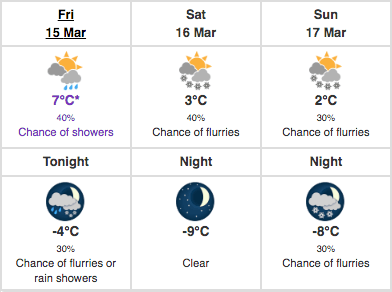 If you’re planning on celebrating this Saturday, the high is expected to reach 3°C and there’s a 40% chance of flurries. Temperatures will drop to a chilly -9°C at night.

Sunday is going to be slightly chillier, with a high of 2°C expected along with a 30% chance of flurries. The cold will linger through the evening and -8°C is on the forecast.

Later next week, “milder air will make a return to the region to kick off the official start to spring with an even milder trend expected for the first half of April,” says Weather Network meteorologist Tyler Hamilton.

So this weekend, don’t forget your touques and gloves at home, and have a safe and happy St. Patrick’s Day.