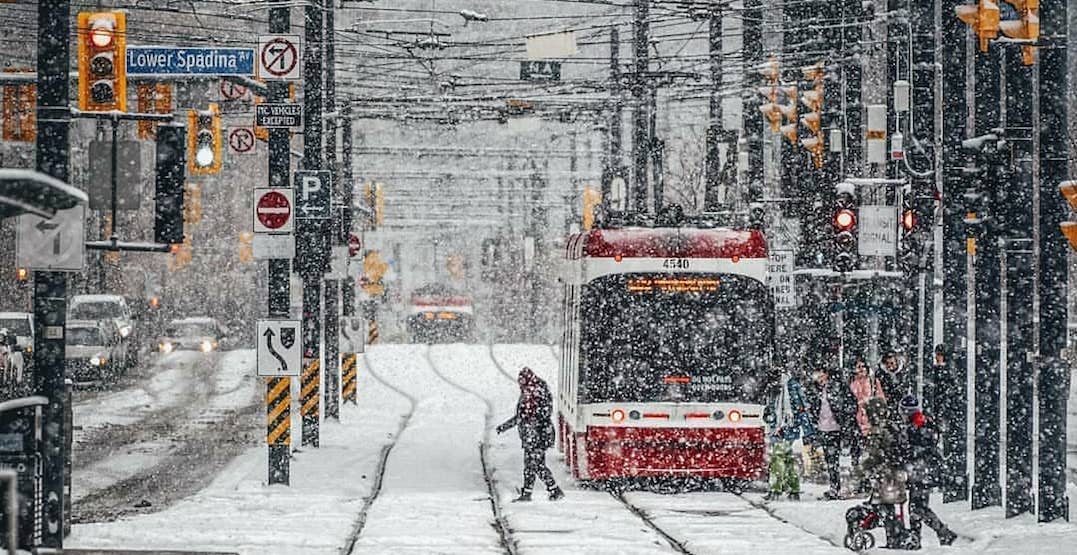 Toronto has already reached 126% of its regular snowfall, despite temperatures having been inconsistent so far this season, according to The Weather Network.

After a weekend of record-breaking snowfall, Monday morning saw frigid temperatures — the coldest of the season so far, reportedly — with temperatures dipping into the minus teens and feeling like -20°C with the wind chill.

But, the day’s progression will see a warm-up that should go further into the week, with temperatures expected to reach -3°C on Tuesday and continuing to feel cozier into Wednesday.

“Above seasonal temperatures will return to our region starting on Wednesday and we will also see some sunshine on Wednesday as temperature rise just above freezing,” says Weather Network meteorologist Dr. Doug Gillham.

The pattern is expected to continue towards the weekend when — surprise, surprise — another dump-down of snow is being called for.

“Given our pattern so far this winter, it probably comes as no surprise that our next potential system will be during the weekend,” Gillham adds. 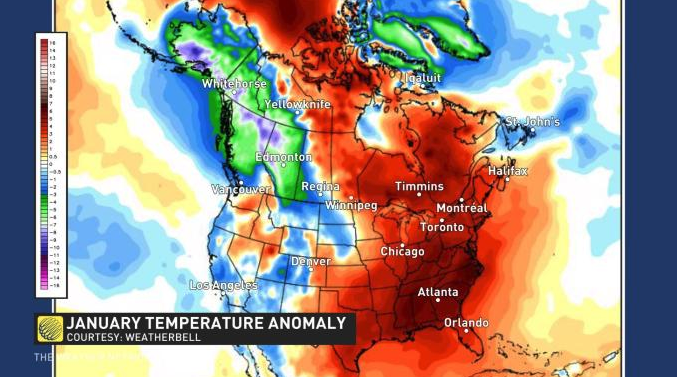 A system is expected to push south of the Great Lakes on the weekend, and forecasters are monitoring if it will track north far enough to impact southern Ontario on Saturday. If that’s the case, a mix of snow and rain are expected, with the precipitation becoming all-snow further north.

Accumulations would likely depend on proximity to Lake Ontario, but, the significant totals of the past weekend aren’t expected to repeat themselves.

While the month has seen a few frigid days, generally, there’s been a lack of arctic air present in the region so far this season. That, The Weather Network says, might be the reason there’s been such heavy snow this winter.

“Normally when arctic air is present we are dominated by high pressure and a lack of active weather, while this season we have seen the storm track bring snow and rain through the Great Lakes instead,” says meteorologist Jaclyn Whittal.

That’s what has contributed to the city of Toronto seeing 126% off of its normal snowfall so far this season — amounts of which have been measured between November and January. 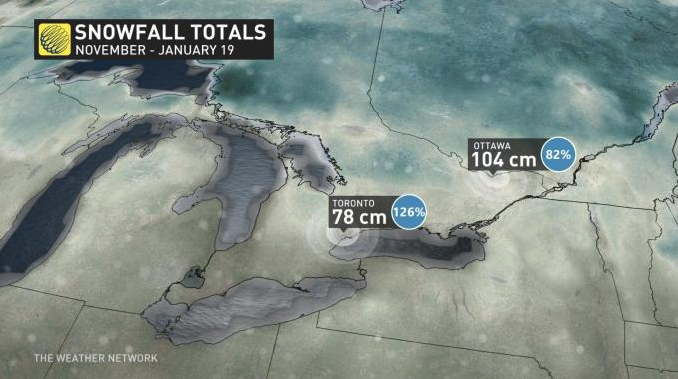 This year, also as a result of more mild temperatures, the Great Lakes are only 10% covered, down from the 18% at this same time last year. This means that when cold-air blasts do come, more lake-effect snow can be expected too.