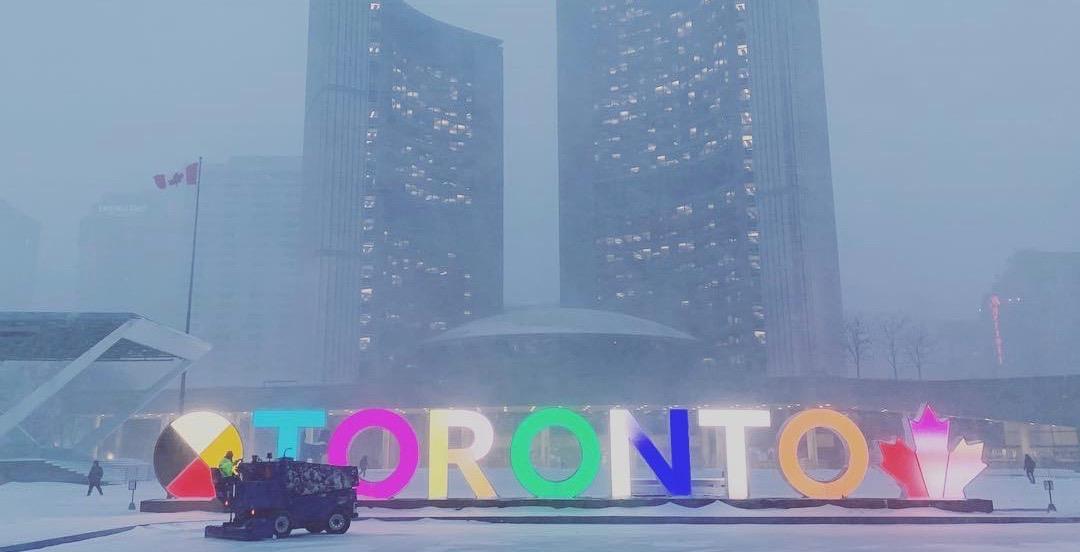 In what should come as no surprise to anyone living in Toronto, it snowed in the city today.

In fact, it snowed so much Toronto smashed its previous snowfall record for February 27, which was previously set in 2013.

According to Environment Canada, in 2013, Toronto saw 12.4 cm and was the greatest snowfall on record since 1938.

And on Wednesday, in an updated snowfall warning, 15 cm landed on Toronto by 2 pm.

With snowfall forecast to continue this afternoon, some areas may exceed 20 cm by evening.

If you’re currently snowed in you can follow the City’s snow removal operations in real time to find out when they’ll be coming to your neighbourhood.

It is -16°C in Toronto right now and will feel like -20°C later tonight. Periods of light snow are expected until around 9 pm.