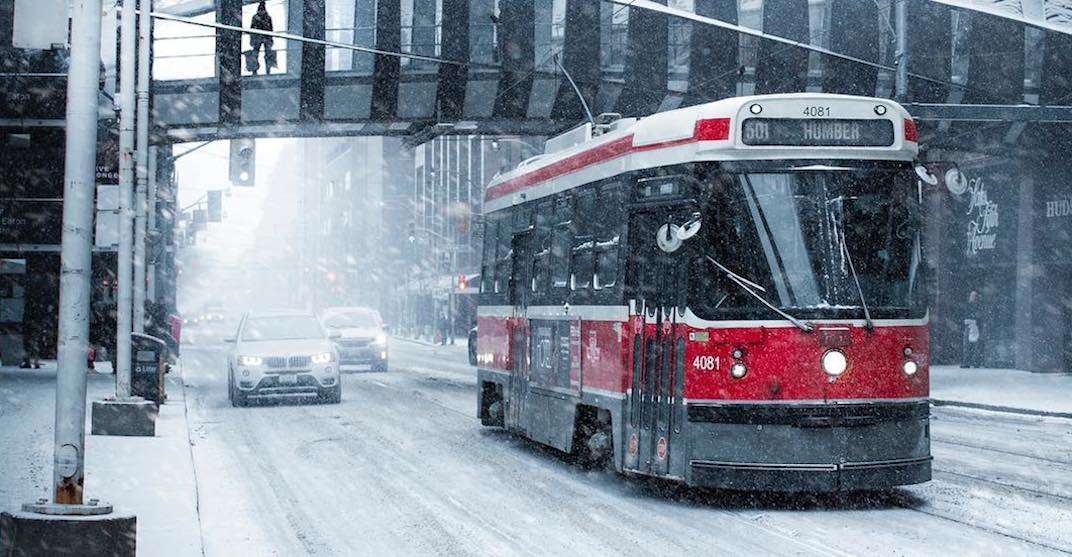 Following Thursday’s brush with snow in Toronto, The Weather Network is forecasting a “widespread snow threat” for Southern Ontario next week.

Over the weekend, some scattered flurries are expected in the area, but all eyes will be on a potential system that could bring even more snow on Monday.

But before the snow arrives, The Weather Network says we can expect milder temperatures on Sunday, with the chance of scattered showers. In Toronto, a high of 6ºC is expected, which is the warmest temperature we’ll see all next week.

However, the warm-up will be short-lived as a cold front is expected to cross through the region on Sunday evening. 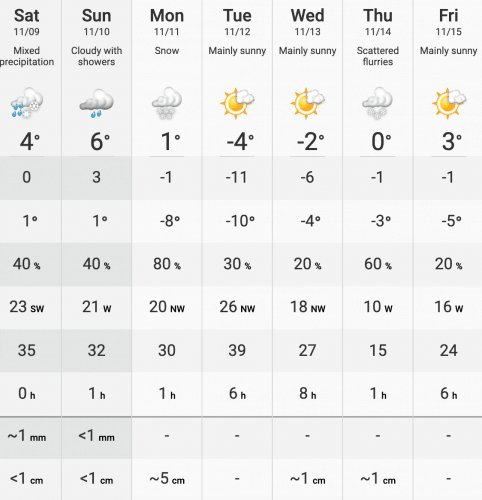 According to The Weather Network, forecasters are currently watching for a “significant system” to develop and track along the cold front south of the US border early next week.

“The northern edge of this system is expected to extend into southern Ontario and southern Quebec and bring widespread snow later Monday through Monday night,” says meteorologist Dr. Doug Gillham.

Gillham added that there is still considerable uncertainty regarding the exact track of the system and snow totals.

However, he said there’s the potential for snow totals to reach 5 to 10 cm along the 401 corridor, including in the Greater Toronto Area.

Additionally, temperatures through Wednesday are expected to be much more typical of mid-December than early November, so make sure to bundle up.