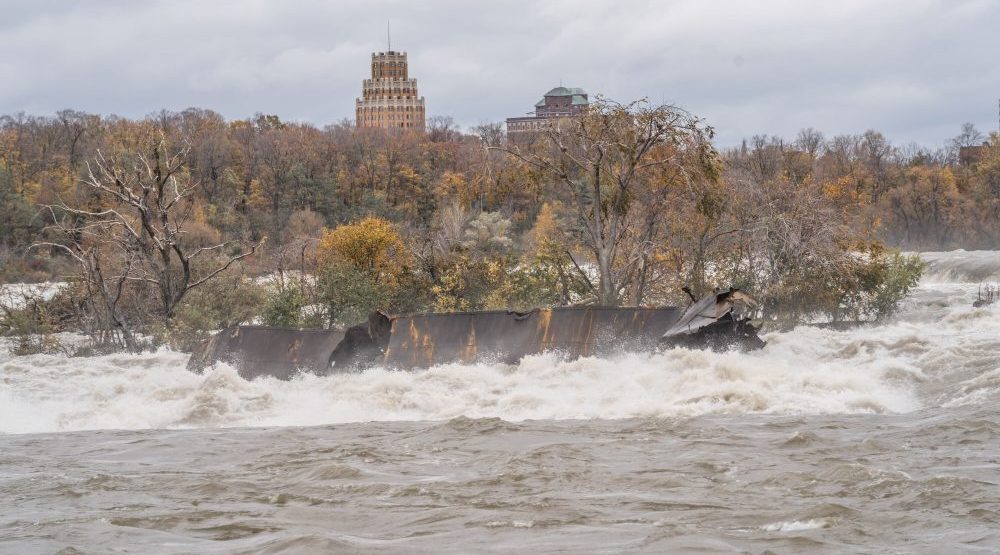 It’s no mystery that Ontario was hit by a blast of intense weather on Halloween night, and trick-or-treaters weren’t the only ones impacted.

The severe weather conditions caused the “iron scow,” AKA the shipwreck that’s remained lodged in the upper rapids above the Canadian Horseshoe Falls for over 100 years, to shift position — significantly.

According to Niagara Parks, the scow has turned its position and has shifted downriver toward the Falls.

The Weather Network reports the distance moved to be about 50 metres, and Niagara Parks staff are continuing to monitor the situation. 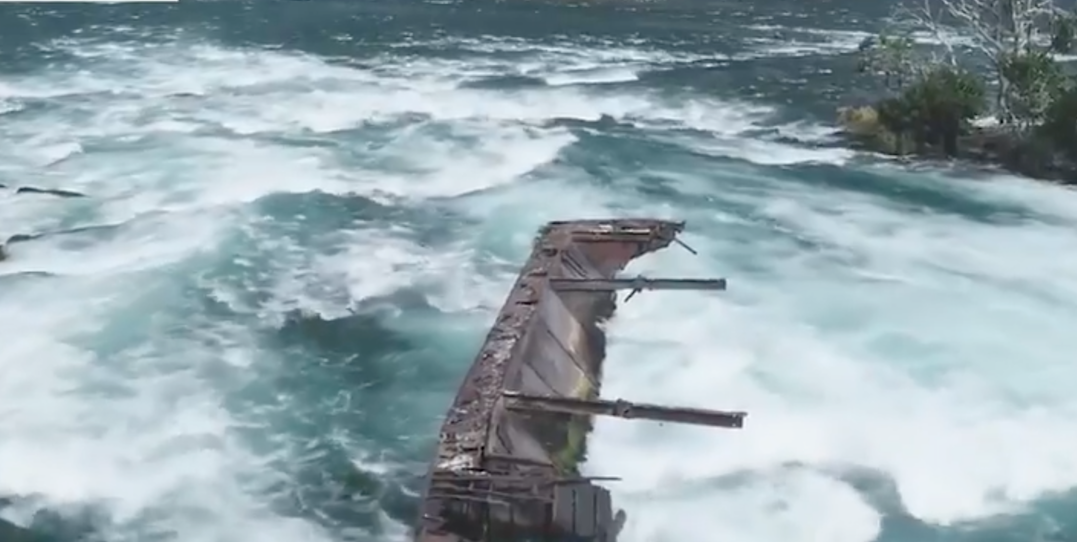 Despite definite deterioration over time, the wreck which has — miraculously, according to Niagara Parks — clung to its perch in the upper Niagara River since breaking loose from its towing tug in 1918.