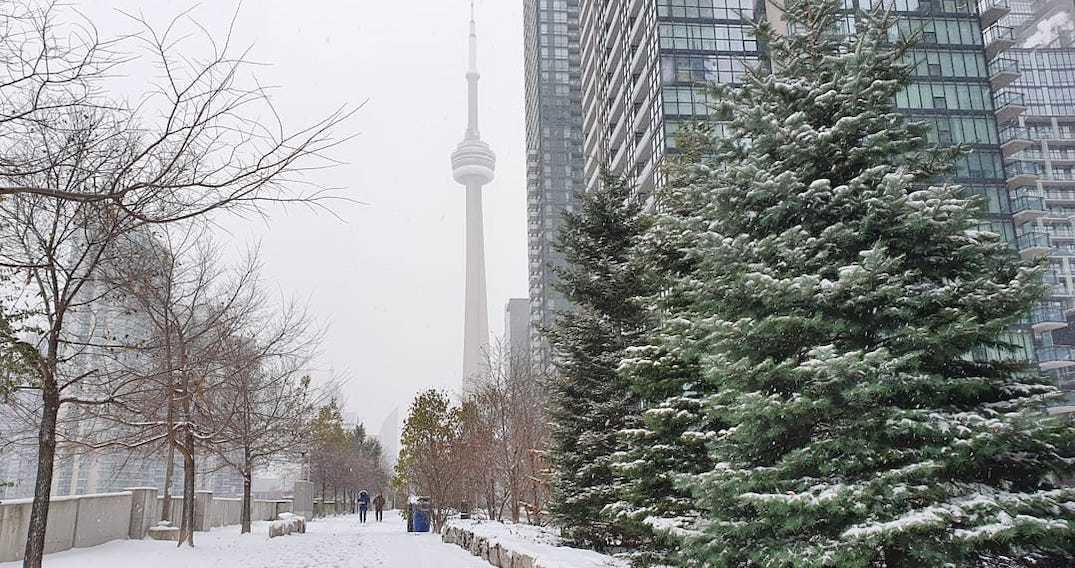 With the week ending on a rather chilly note, the weekend forecast suggests Torontonians can expect little relief in the coming days, as up to 10 cm of snow and ice are expected to kick off the new month.

As a second Colorado low makes its way across the region this weekend, The Weather Network says there’s the threat for rain, snow, and ice for this Sunday, December 1.

“This will be a messy and high impact wintry system for much of southern and central Ontario, including across the Greater Toronto Area, where major impact on travel is expected,” says Weather Network meteorologist Dr. Doug Gillham.

As we head into the weekend, temperatures will struggle to crack the freezing mark and despite the chill, The Weather Network says conditions will remain calm into Saturday.

However, by Saturday, a new system will approach the region, which “threatens a widespread messy and wintery mix.”

Then by Sunday, another Colorado low will track into the Great Lakes Region and rain, ice pellets, and snow are expected into the predawn hours on Sunday.

As a result, Gilham says “for areas north and east of Toronto, most of the precipitation will fall as snow with as much as 10-15 cm possible by the time it tapers later on Sunday.”

He added that snow totals will then drop off to about 5-10 cm for much of eastern Ontario.

West and south of Toronto, the snow will mix with ice pellets and freezing rain and that is expected to hold snow totals at 5-10 cm as well. 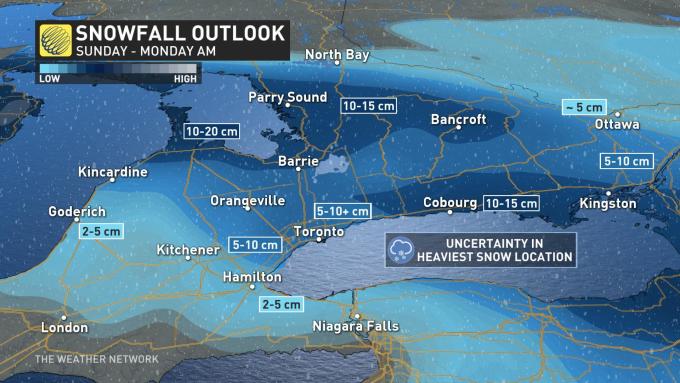 By Sunday afternoon, temperatures will rise slightly above freezing across southern parts of the GTA and Niagara.

Additionally, a strong east wind will also develop, with gusts between 60-70+ km/h possible. 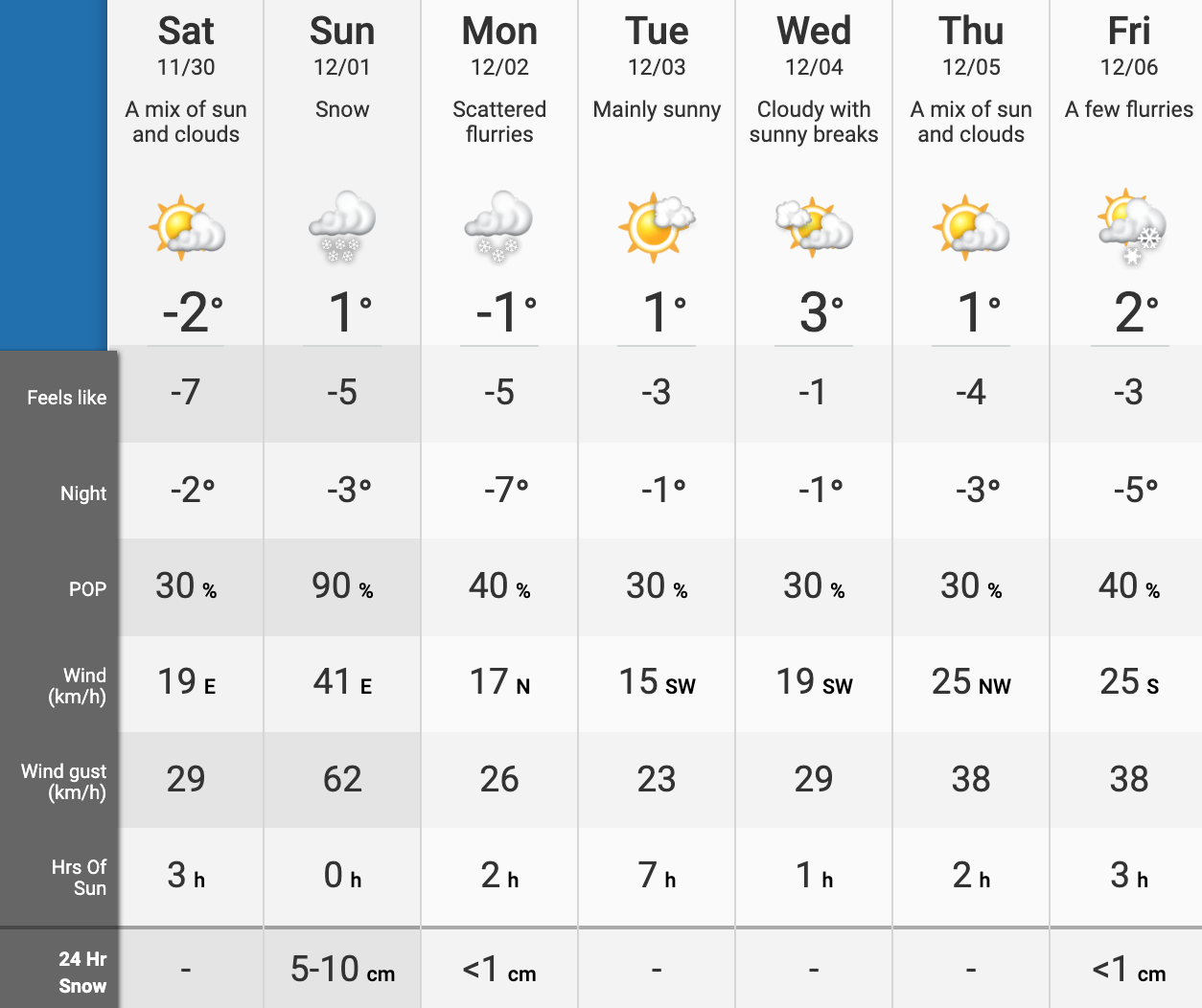 As we dive into the first week of December, prepare for chilly temperatures that fluctuate between below freezing to just above zero, and a mix of sun, clouds, and some flurries.