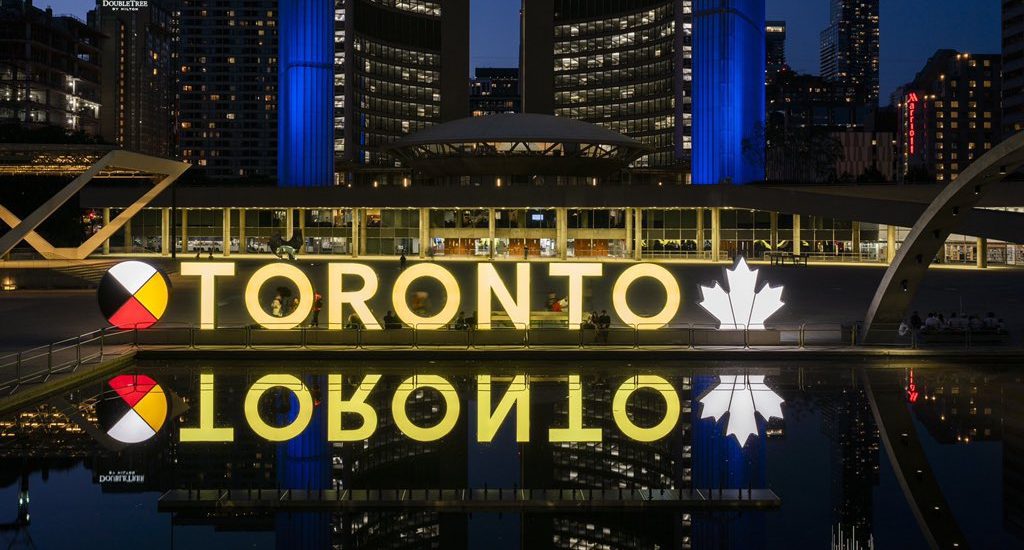 Three years after the Toronto sign’s original installation, a Medicine Wheel was added to increase awareness of National Indigenous Peoples Day in June of 2018, and it’s remained ever since.

While the Toronto sign itself was never meant to be permanent, it’s become a mainstay at Nathan Phillips Square, lighting up different colours to represent events and dates throughout the year.

Prior to the installation of the Medicine Wheel, a maple leaf was installed at one end for Canada’s 150th celebration in 2017. Before that, the letters stood on their own. The City of Toronto consulted with Toronto Council Fire Native Cultural Centre in choosing the Medicine Wheel.

“Its four directions (East, South, West and North) symbolize completeness, wholeness, connectedness and strength,” according to the City’s website.

In honour of the National Day for Truth and Reconciliation on September 30, the Toronto sign will be lit up orange.