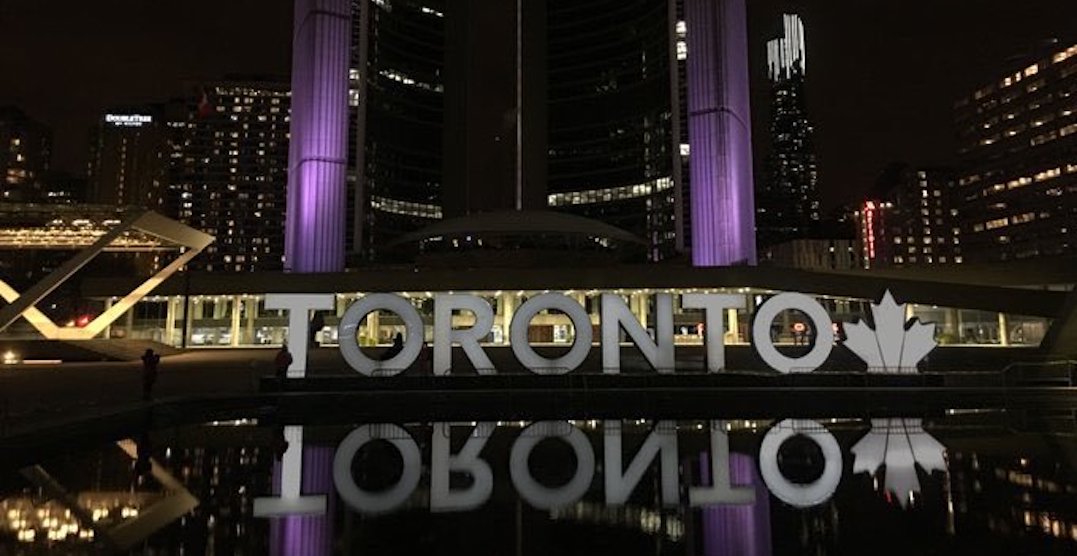 Downtown’s “Toronto” sign is dimmed today, in honour of the 30th anniversary of the tragic, gender-driven mass shooting at l’École Polytechnique de Montréal.

The Toronto sign will be dimmed today to remember the women who were killed in Montreal 30 years ago, and to commemorate the National Day of Remembrance and Action on Violence Against Women. #WhiteRibbonDay pic.twitter.com/ilP7N4guTx

December 6 is also recognized as White Ribbon Day as, since 1991, men have worn white ribbons as a pledge to never commit, condone or remain silent about violence against women and girls.

Tory shared the hashtag #WhiteRibbonDay alongside the photo of the city’s sign.

In addition to sharing an image of the dimmed sign, the Mayor tweeted a proclamation that acknowledges this day of remembrance and action, noting the ways that violence against women can be eradicated.

Today we recognize Canada’s National Day of Remembrance and Action on Violence Against Women, remembering the 14 women who were killed 30 years ago in Montreal while taking leadership to eliminate gender-based violence. #WhiteRibbonDay pic.twitter.com/QOo6znG0B1

“Through legislation, policies, programs and services, we will continue to promote equity for our employees and residences,” reads the proclamation, before declaring December 6 to be The National Day of Remembrance and Action on Violence against Women.