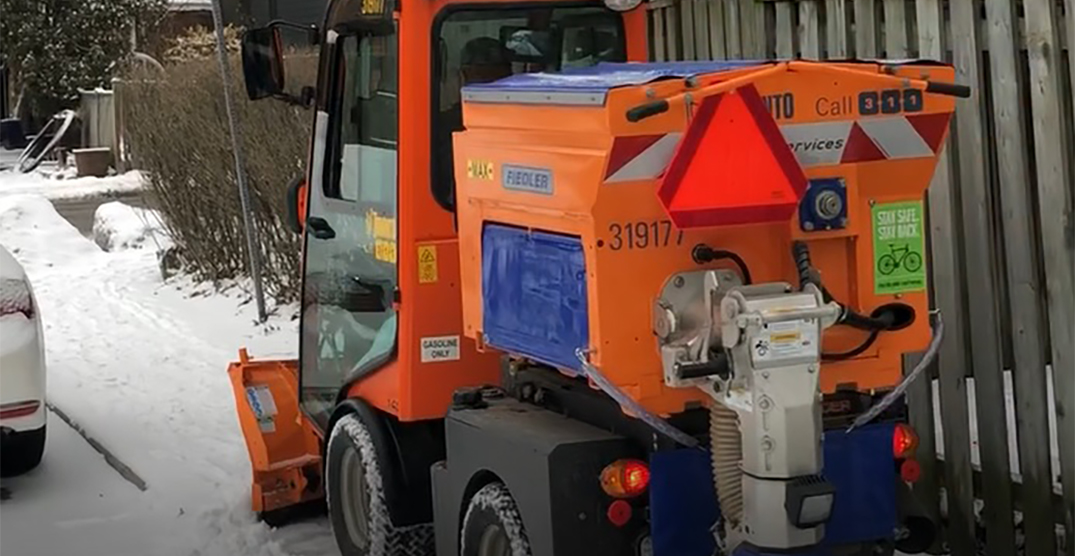 The City of Toronto is buying more small plows to roll out sidewalk snow clearing service to more areas this winter.

The City is shifting sidewalk snow shovelling responsibility from residents to City staff in an effort to improve equity. Before, the City only cleared roads for cars and left residents to clear the sidewalks in front of their homes.

That presented issues because residents, including seniors, have differing snow clearing abilities.

“This is great news for City of Toronto residents who have not enjoyed mechanical sidewalk cleaning during the winter months,” Mayor John Tory said at a news conference Monday.

Snow plows already remove snow in areas of North York, Scarborough, and Etobicoke, and now the service is being expanded to Old Toronto and East York.

The City conducted a pilot program this winter with small plows for the sidewalks, and found these plows could clear snow on the vast majority of routes.

Some sidewalks with hydro poles or retaining walls can’t be reached with the small plows, and City staff will shovel those by hand, Tory said.

Staff in a truck must follow the plows to replenish its salt container, and when the plow operator comes across a sidewalk it can’t clear the staff in the truck will get out and shovel it by hand.

The new plows will be able to clear an additional 1,300 kilometres of sidewalks, Tory said.

The findings from the pilot project must be adopted by council in order to become a reality next winter.