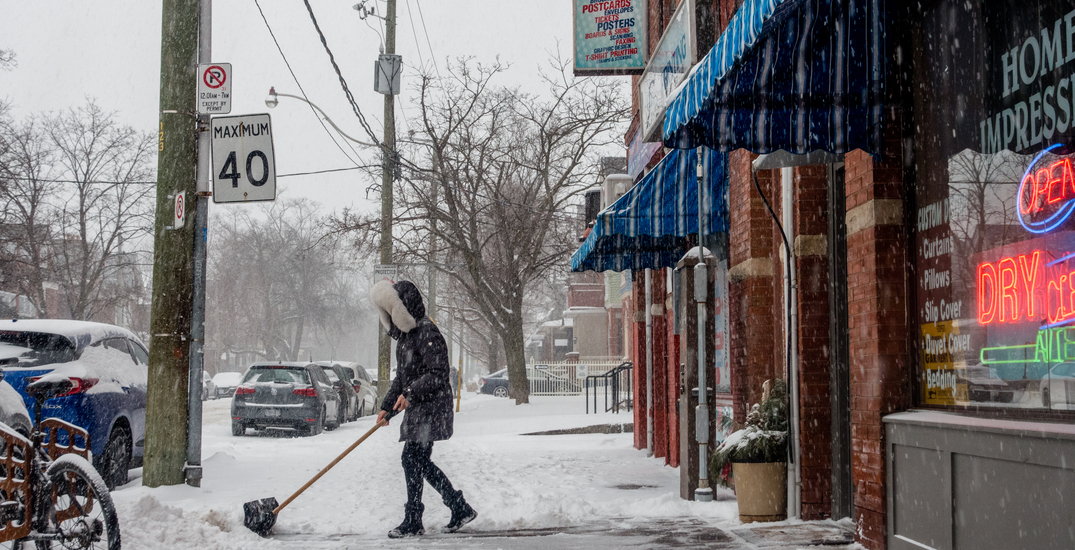 Toronto City Council has approved a motion to clear snow from more sidewalks throughout the city’s downtown core this winter.

The motion, which was passed on November 26, was first introduced by councillor Josh Matlow in September.

Called “Clearing the Path Towards a Safe and Accessible Winter,” it applies to snow removal in Old Toronto and East York.

The motion failed before city council earlier this year, and was then deferred to the Infrastructure and Environment Committee.

Safe and Accessible Sidewalk Snow Clearing Motion Approved! – Thank you to Mayor ⁦@JohnTory⁩, Councillor ⁦@m_layton⁩, city council and the thousands of Torontonians who advocated for the success of this motion. We’re making progress! https://t.co/KYb9bGhTnI

Matlow said it is unfair that sidewalks are cleared in areas such as North York, Scarborough, and Etobicoke but not in Old Toronto and East York.

“Toronto’s current standards [of snow removal] are completely insufficient in the downtown and centre of the city,” he said.

“With the COVID-19 pandemic, walking will be more important than ever to our physical and mental health, especially for seniors and people living with mobility challenges.”

The motion also allows for the purchase of additional snow removal equipment if need be, and potentially longer hours of service.

According to the city, Toronto has 7,900 km of sidewalk, of which 6,400 km is cleared by sidewalk plows. In older parts of the city, they say narrow sidewalks, obstructions and obstacles prevent plows from working safely.

The general manager of Toronto’s Transportation Services has been directed to report on which streets will receive sidewalk snow clearing on December 2.