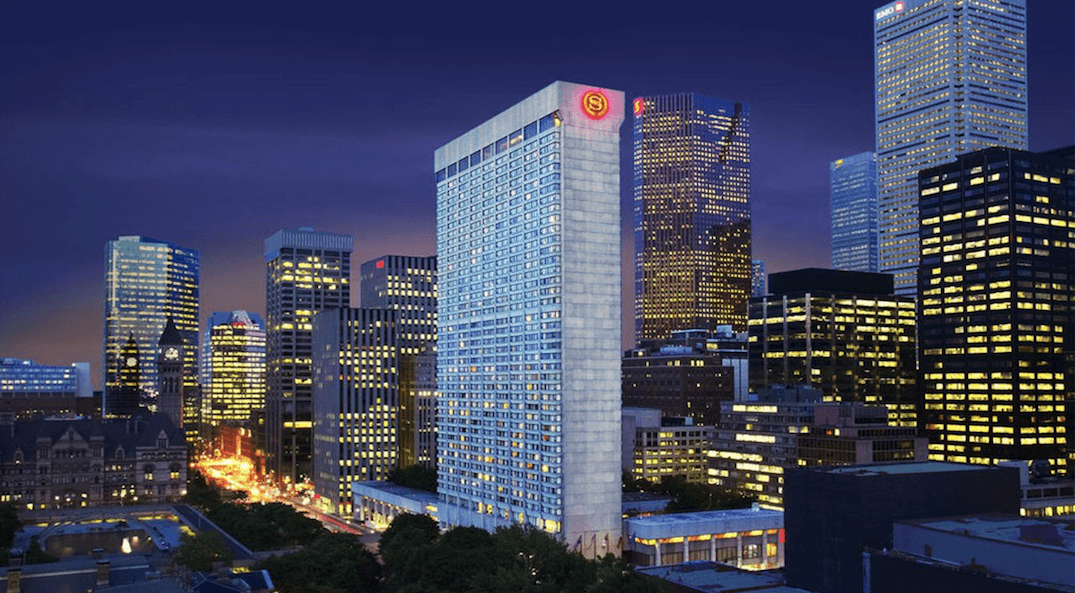 One of Toronto’s most centrally located hotels has been sold in a record transaction.

The Sheraton Centre sold for $335 million, making it the largest ever single hotel sale in Canadian history. (Roughly $37 million more than Trump Tower sold for earlier this year.)

Located in the heart of downtown at 123 Queen Street West, across the street from Nathan Phillips Square, the formerly Marriott International 4-star hotel consists of 1,372 guest rooms and over 130,000 sq. ft. of meeting and event space. The hotel is also directly connected to the City’s 30-kilometre underground PATH network .

While the hotel completed a major $110 million comprehensive master plan renovation in 2016, according to CBRE who brokered the sale, the buyer will invest in further renovations enhancing the lobby and other public spaces.

A post shared by Sheraton Centre Toronto Hotel (@sheratoncentretoronto) on Jul 25, 2017 at 8:43am PDT

“The Sheraton Centre is one of the city’s most iconic hotels. Its superb location, exceptional product and world class branding, easily makes it the hotel of choice for many visitors and business travelers from across the globe,” said Bill Stone, Executive Vice President of CBRE Hotels, in a statement. “Further, its recent capital investment, and further improvements in planning by the Buyer, will ensure the hotel continues to be a dominant player in downtown Toronto.”

CBRE states that Canada is experiencing a record-setting hotel market, and that Toronto is a hotbed for the sales activity.

“2017 is set to break new records in terms of top line performance with Canada’s strong economic growth driving business travel at the same time as a low dollar is spurring an increase in tourism,’ said Deborah Borotsik, Vice President of CBRE Hotels.

The CBRE said that the downtown Toronto hotel market achieved a 16% growth in 2016, with an annual growth estimated at 8% in each of the next two years.

The buyer has not been identified at this time.