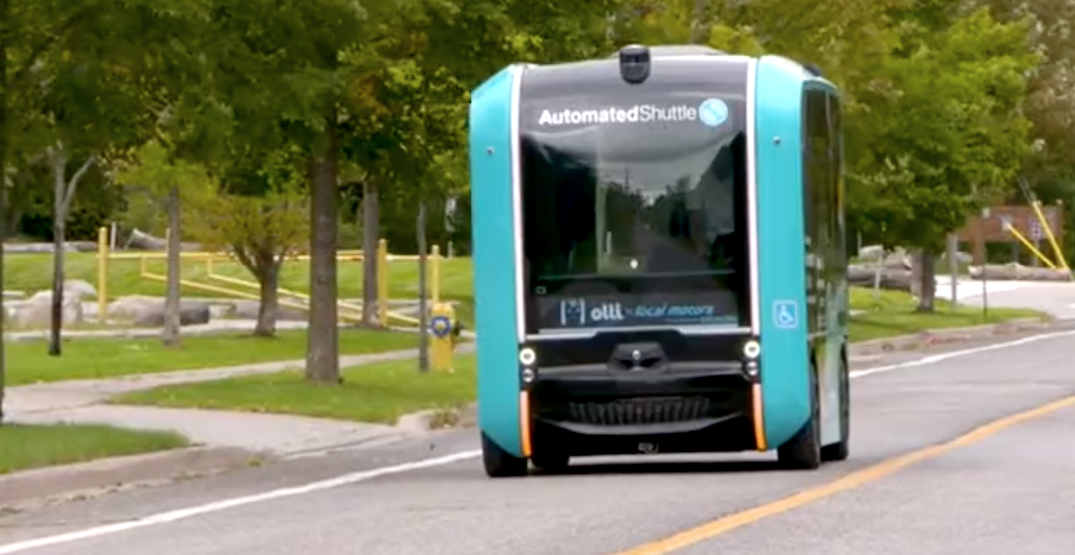 Toronto’s first-ever self-driving shuttle bus has finally made its debut on the road.

The high-tech automated shuttle bus can be seen in Scarborough’s West Rouge neighbourhood, slowly rolling down the streets as it navigates its trial period.

The bus is completely free to ride, but anyone interested in riding the shuttle will have to register online beforehand. The shuttle will only take up to four passengers during the trial, and all must be from the same household.

Although the bus is self-driving, an attendant is on board at all times to take over driving if necessary. The bus also only goes up to 20 km/h, with new signs posted along its route warning other vehicles of the “slow-moving automated shuttle” with “frequent stops.” 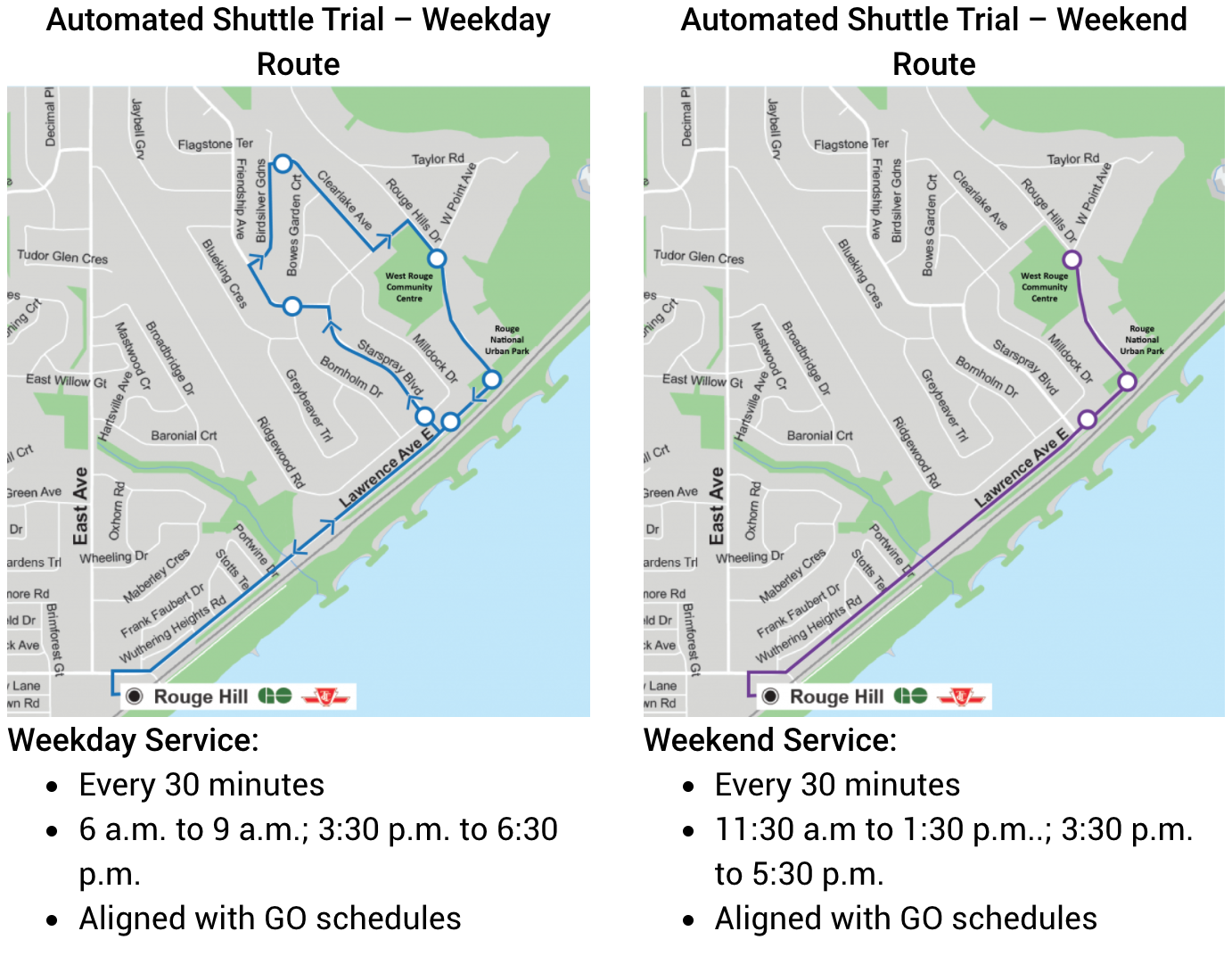 According to the City of Toronto website, if all goes well and the self-driving bus can handle Toronto’s winter weather, the service may extend until the end of February 2022.