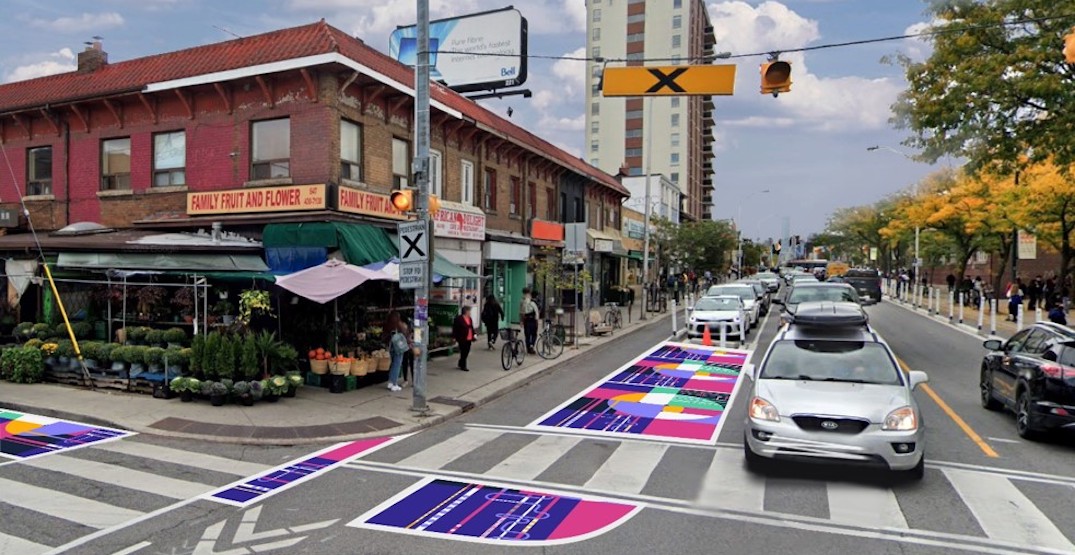 A main street in Toronto is about to become a whole lot more colourful thanks to the addition of artistic curb extensions.

The City announced last week that six different intersections along Bloor Street West will be getting brightly coloured installations.

The six intersections are:

Once the decorative extensions are complete, curbs and bollards will be installed on top of the markings to match turning radii for larger vehicles, something the City says is similar to what is already in place at other intersections.

This isn’t the only recent road change to come to Bloor Street. This summer, the City began the widening of its bike lanes from Parliament Street to Castle Frank Road, as well as the installation of concrete curbs between the bike lane and the vehicle lane from Sherbourne to Parliament Streets.