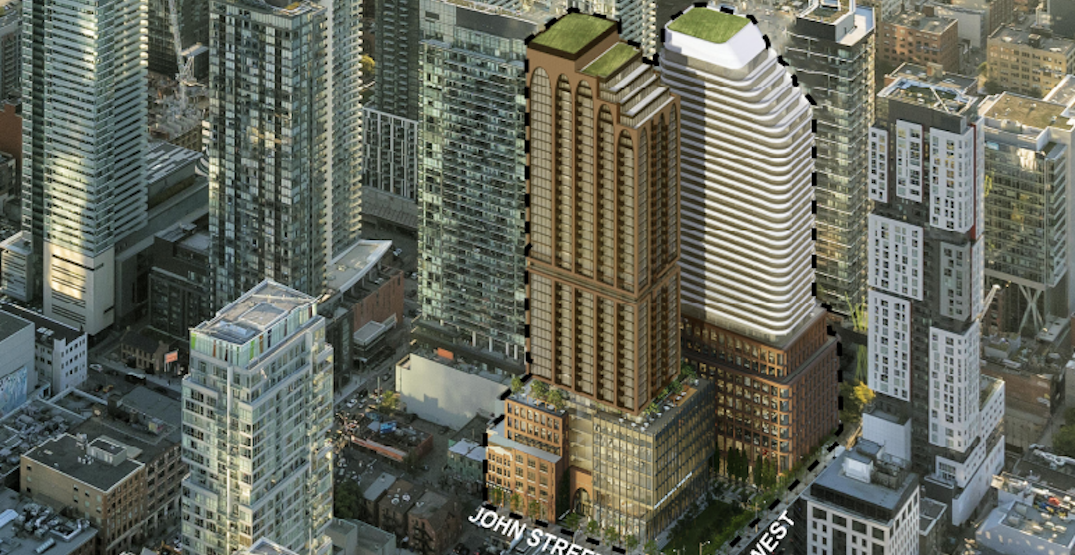 The iconic Toronto block at Richmond and John that’s currently occupied by the Scotiabank Theatre could soon have two soaring condo towers sitting on it.

The developer behind the project, RioCan, is now seeking a zoning amendment approval from City Council to move forward with the development.

The two-tower project was originally proposed in 2019 but has since undergone a few noticeable changes, including more stories tacked on to one of the towers and an additional 80 residential units added overall. 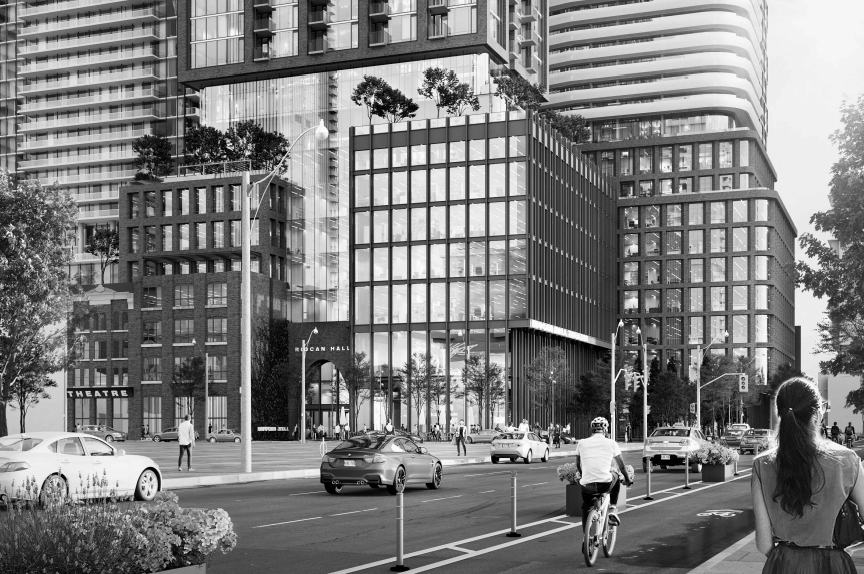 The two towers are now set to stand at 37 and 42 storeys — previously 39 and 40 storeys — and they will both be mixed-use with a total of two levels of retail and seven levels of office space.

The towers will house a total of 693 condo units, which is a noticeable increase from the 613 units called for in the original plans. The units will range from studios to three-bedrooms.

Moviegoers need not worry, because the plans also call for the existing Scotiabank Theatre to be replaced in the new towers. Current architectural plans outline six individual theatre rooms that will be built. 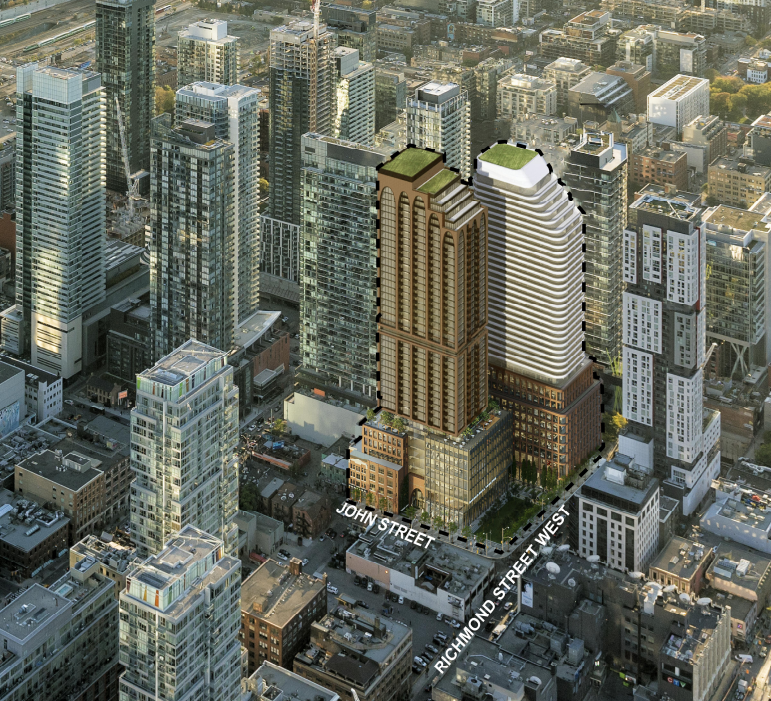 There will also be a day care on site, as well as outdoor green space, and a dog run for the building’s residents to use.

A publicly accessible 700-square-metre open space will be built at the southwest corner of John Street and Richmond Street West, according to the plans. 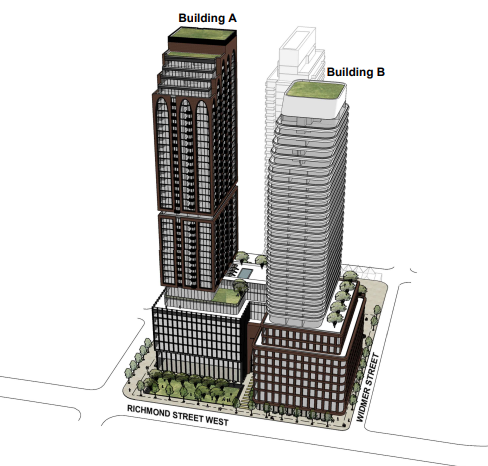 The towers will also incorporated two heritage building facades on John Street into their design. 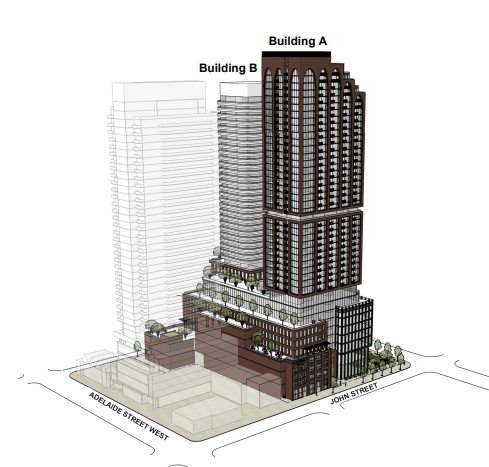 The report will be considered by City Council on March 10.