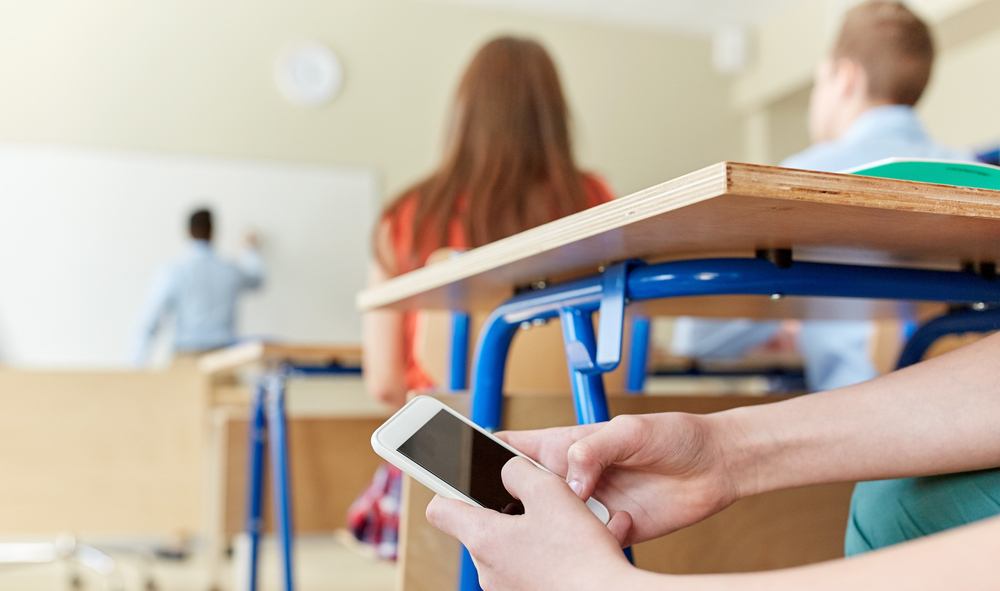 A Toronto middle school has gone and done it.

Earl Grey Senior Public School, which is located near Greenwood and Coxwell in Toronto’s east end, has decided to ban cellphones in its classrooms.

The ban was a result of a number of concerns raised by parents on the use of cellphones, according to Toronto District School Board communication officer Ryan Bird.

In an email to Daily Hive, Bird confirmed that the ban starts next week:

In some cases, there had been inappropriate/negative use of these phones at the school,” Bird said. “At the same time, it’s important to note that during lessons or classes where cell phones may be helpful – for research for example – students may be permitted to get their phones from their lockers although that is dependent on individual lessons.

Earl Grey’s ban was put in place by the school Principal, after a discussion with school council and staff about the issue of cellphone policy.

But while the band is at one middle school, it doesn’t mean this will roll out across the entire district.

“Overall, the Toronto District School Board encourages the use of technology in the classroom, but it’s important that that use is appropriate to what’s being taught at the time,” said Bird. “In general, the phones had become a distraction in class, so the school took steps, in consultation with parents, to reduce and eliminate that issue. The school is also taking an educational approach to the new guidelines by having a speaker come in next month to speak with students and parents about the appropriate use of technology and online safety.”