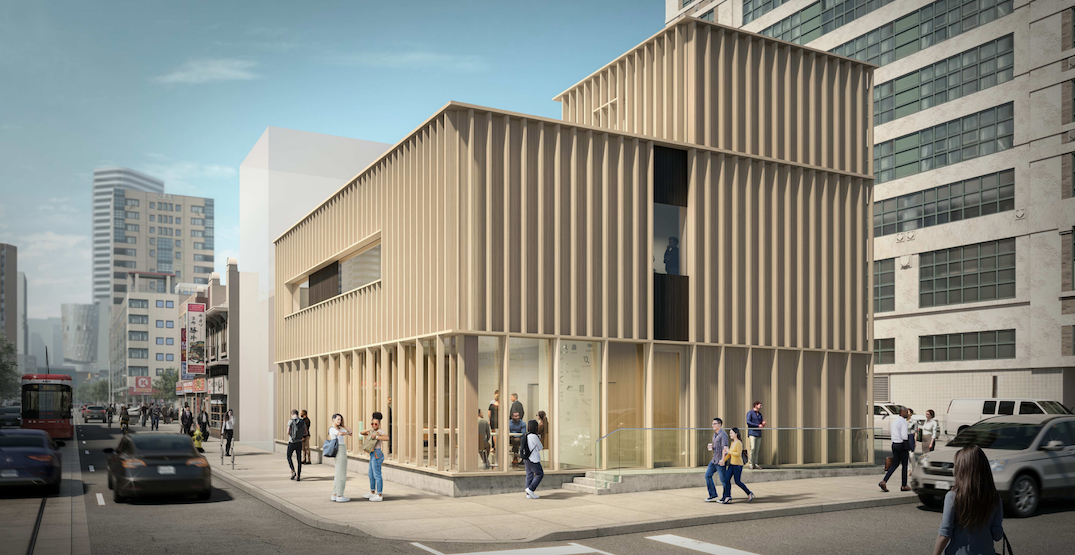 Toronto is on track to have the world’s first-ever fully digitally-enabled building, thanks to a new undertaking from Ryerson University.

“This facility is designed to serve as a model for what sustainable construction can look like beyond 2030,” McArthur said in March when $1.96 million in project funding was announced. “We’re aiming for net-zero carbon over the life cycle of the building and to really use it as an opportunity to showcase the state-of-the-art technologies that we need to mitigate climate change.”

The new build, dubbed the Smart Campus Integration and Testing Lab, will consist of two temporary buildings at 136 Dundas Street East, on the north side of the road, to the west of Mutual Street. There will be a two-storey L-shaped building along the southeastern portion of the property, and a three-storey rectangular building on the western side, to be used as a research building.

Once up and running, the digitally-enabled Toronto build will focus on integrating Smart City and Smart Campus software, including optimizing building energy efficiency, improving occupant health and productivity, reducing carbon emissions, and mitigating cybersecurity risks. There will also be two remote installations at partner universities — the University of New Brunswick and the University of Victoria — contributing data to the system.

The application doesn’t specify how long the buildings would remain standing for but does note several times that they will be temporary.