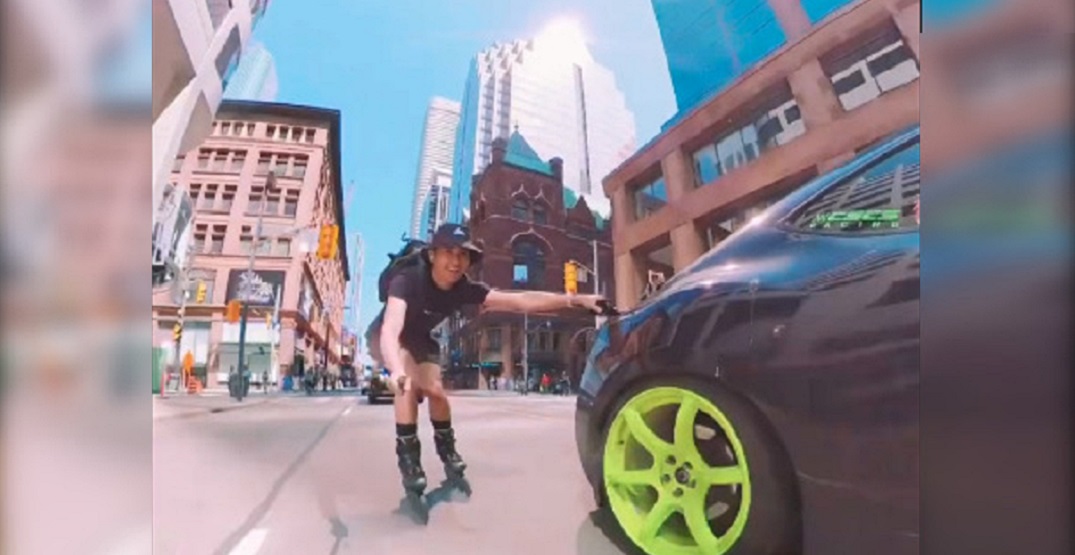 A TikTok star with over 90,000 followers on the app, the extreme athlete recently posted a video of him skating down Toronto’s famous Yonge Street.

Benji wove in and out of traffic while making his way down the world’s longest street, even turning backwards at one point to make eye contact with a driver.

“The cars are predictable and easy to weave while waiting at a red light,” Benji said in the video, which he called a “typical run down Yonge Street.”

“u wish ur commute was this fun 😎”, the rollerblader captioned another video he shot in Toronto.

While he appears to have posted his first rollerskating video on TikTok in July 2020, Benji, who refers to himself as professional warns others of the dangers of his fast-paced lifestyle.

“DO NOT recreate my actions,” his bio reads.