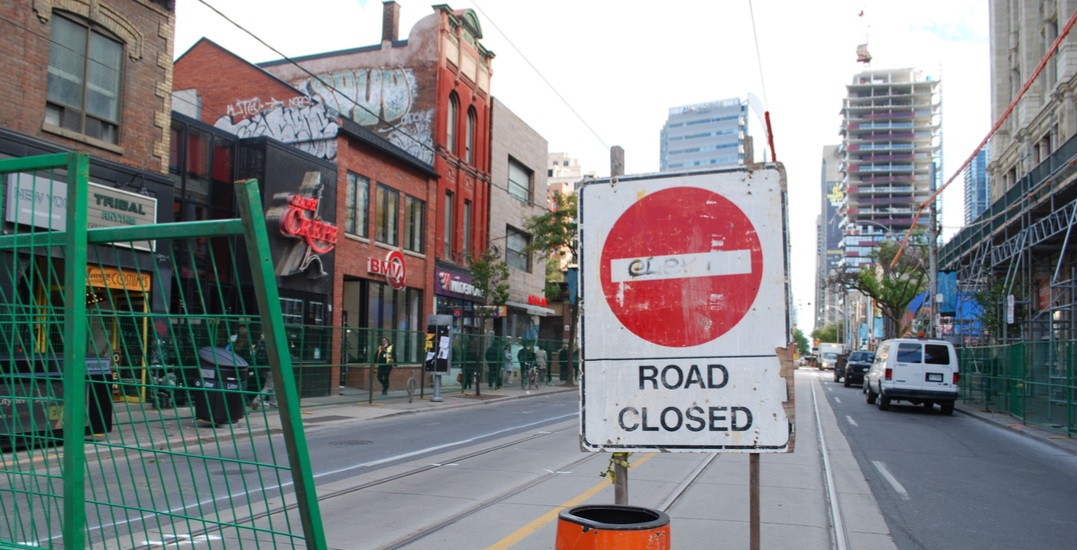 Cultural festivals, a run, and a massive street party.

Those are just some of the ingredients for a good weekend, but unfortunately, it also means more than a few road closures in the city.

Bloor Street West between Jane Street and Runnymede Road will be fully closed from Friday, September 13 at 9:30 am until Sunday, September 15 at midnight.

The following closures will be in effect to accommodate this event:

Beecroft Road will be fully closed from Park Home Avenue to North York Boulevard on Saturday, September 14 from 4:30 am to 10:30 am to accommodate the race formation area.

A series of full, partial, and rolling closures to accommodate the race route will impact parts of Yonge Street, Bathurst Street, Finch Avenue, and Talbot Road.

Bloor Street West from Ossington Avenue to Church Street, and Yonge Street from Bloor Street to Queen Street will be closed on Sunday, September 15 from 8:30 am until 3 pm.