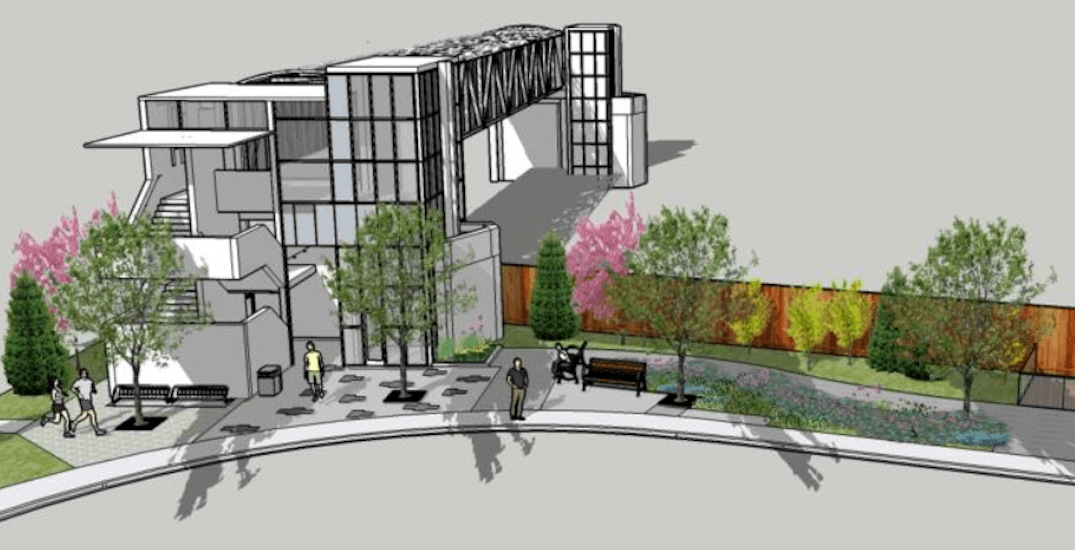 Construction of the new pedestrian cycle bridge that King West and Liberty Village residents have been patiently waiting for will soon be complete.

And with construction well underway, with piers already set up, all that’s left is for the steel bridge structure to be hoisted and put in place, according to Metrolinx.

City of Toronto crews will continue to work on the sophisticated bridge this weekend and will assemble spans mid-air, which will have an impact on UP Express customers.

According to Metrolinx spokesperson, Nitish Bissonauth, the King-Liberty pedestrian cycle bridge will go over the Kitchener/Milton Rail Corridor and will span 55 metres, stretching from Douro Street, all the way to Western Battery Road.

Dean Bragg, third party projects officer for Metrolinx, says unlike other bridges erected over the rail corridor, the King-Liberty Bridge is not a single span that is hoisted up and lowered, rather the bridge will require two large spans to be matched up while suspended by cranes and then bolted together before being put into place. 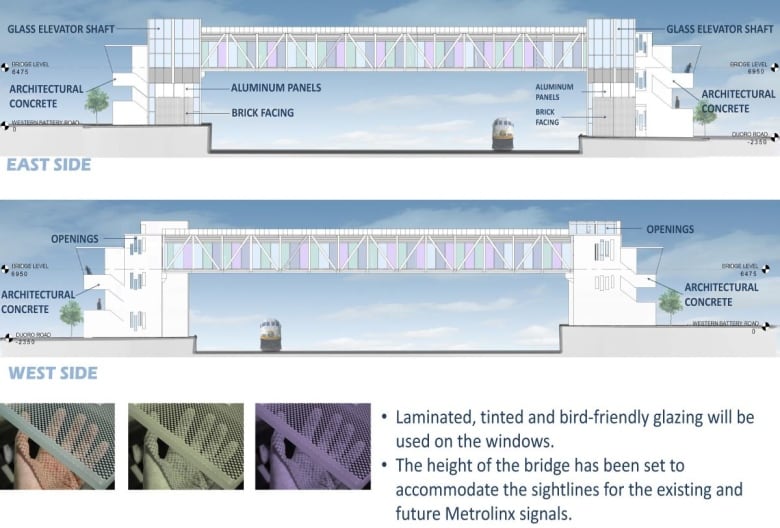 To accommodate the work, Metrolinx will close the rail corridor this Sunday, September 15 from 2 am to 8:30 am.

“Crews will be working in a very short period of time and to overcome this challenge, the bridge has been previously fitted together off-site to ensure a perfect fit,” said Bragg.

For UP Express customers, GO buses will replace the early morning UP Express trains as the work means the rail corridor will be closed.

Here are the bus details for Sunday:

To ensure customers don’t get lost and get to their buses on time, Metrolinx staff will be onsite to guide people at the ticket/platform areas at Union Station and Pearson International Airport.

Customers planning to use the temporary UP Express bus-bridge service should give themselves extra travel time, said Bissonauth.

“One way to save on time is to make sure your PRESTO card is topped up or if you’re an occasional UP Express rider, buy your ticket online,” said Bissonauth.

Metrolinx expects the bridge will be fully operational by the spring of 2020.

And once complete, the King-Liberty pedestrian cycle bridge will serve as a vital connection accessed between Atlantic Avenue and Strachan Avenue.

According to the city, the passageways will be open and illuminated day and night and will include security measures, such as closed-circuit cameras, open stairs (for visibility), and emergency call buttons.

Public art will be included in the design of the glass for the elevator towers at both ends.