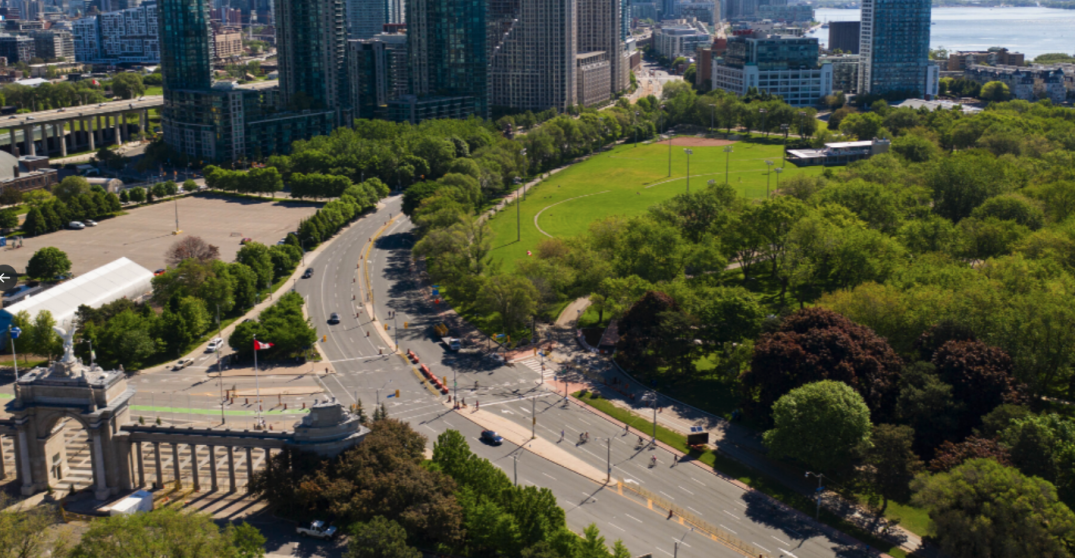 The City of Toronto has announced road closures in certain areas of the city this weekend, and it could affect your commute.

From November 6 at 9 pm to November 8 at 11:59 pm, Lake Shore Boulevard West will be reduced to a single lane of traffic (westbound only), from Windermere Avenue and Ellis Avenue in order to accommodate a large tower crane hoist, according to the city.

There are also several filming permits in place downtown over the weekend, including one on Asquith Avenue that needs lane restrictions on Church.

The 63 Ossington bus route will also be affected and diverted away from Atlantic Avenue for a large crane lift.

According to the city, ActiveTO weekend road closures will not be in place this weekend due to these factors.

“Traffic-signal timing on nearby routes will be enhanced all weekend to help manage congestion associated with planned restrictions and closures,” said the city.

Although the weather is expected to reach almost 20°C this weekend, it looks like you’ll have to do something else with your time.