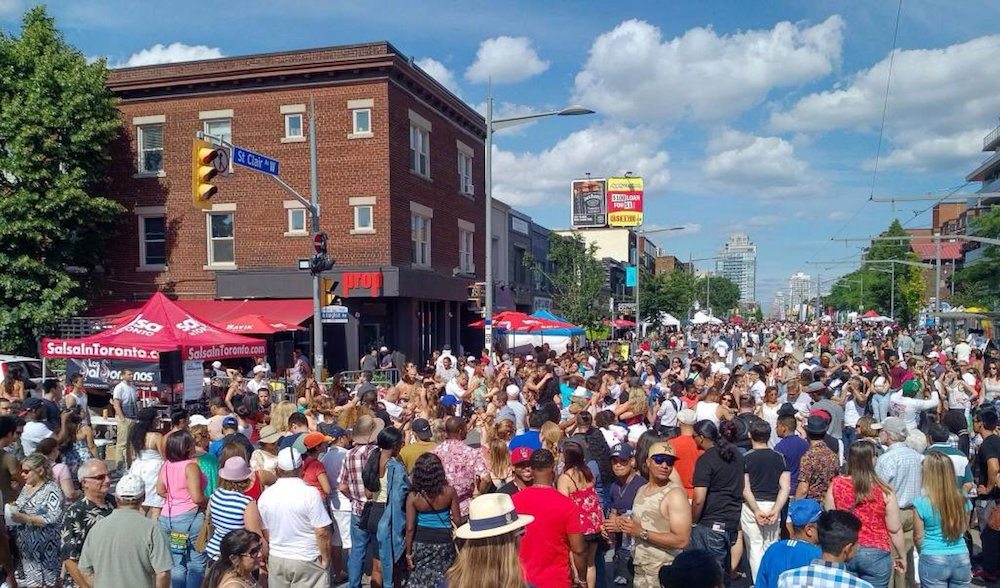 This hot week is nearing its close, and the weekend is definitely going to hit the spot.

Whether you’re planning on heading up north to the cottage or laying low in the city, if you are looking to drive, you’ll need to find alternative routes as some areas in the city will be closed for a variety of festivities.

Here’s where you should avoid if you’re planning on taking a drive:

The Taste of Lawrence

Lawrence Avenue East between Warden Avenue and Birchmount Road will be fully closed from Friday, July 5 at 10 am until Sunday, July 7 at midnight.

The following full closures will be in effect from noon until 11 pm daily from Friday, July 5 until Sunday, July 7.

St. Clair Avenue West will be fully closed between Winona Drive and Christie Street from Saturday, July 6 at 8 am until Sunday, July 7 at 11 pm.

Approximately 100,000 people are expected to attend this festival, according to Toronto Police.

Additionally, as a result of the event, there will be a TTC service adjustment.

Motorists can expect traffic delays in the area and are advised to plan alternate routes and this event will take place regardless of weather conditions.

Islington Avenue will be fully closed between Albion Road and Wardlaw Crescent from Sunday, July 7 at 6 am until Monday, July 8 at 1 am.