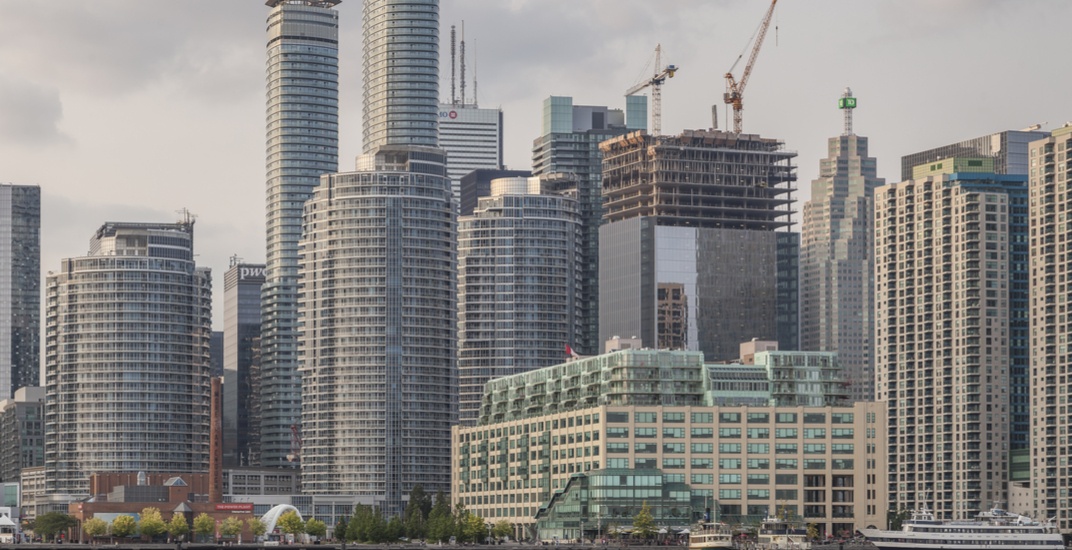 Whether you live in Toronto or you’ve recently visited, chances are you’ve noticed the constant development happening throughout the city.

Because of this, you may have also noticed an impressive number of cranes towering over the city.

This is because Toronto is currently home to the most cranes in North America, according to the most recent RLB Crane Index, a report on the number of construction cranes in major American and Canadian cities.

The report found that of the 421 cranes in active use in the selected North American cities, 305 (72%) are being used for residential projects or mixed-use projects that include homes.

Of all 21 cities examined, Toronto came out on top, both in the total number in use (97 up from 88 in January), while Seattle trailed behind with 65 cranes in use.

Toronto’s development market continues to be led by the residential sector, which makes up over 86% of the total crane count.

Other active sectors in Toronto included mixed-use and commercial developments, followed by education, healthcare, and hospitality.

“Looking ahead, Toronto is expected to see a boost in spending on infrastructure, which is anticipated to trigger an increase in construction activity. More than 400 high-rise projects have been proposed, adding to the city’s dynamic skyline,” reads the report. 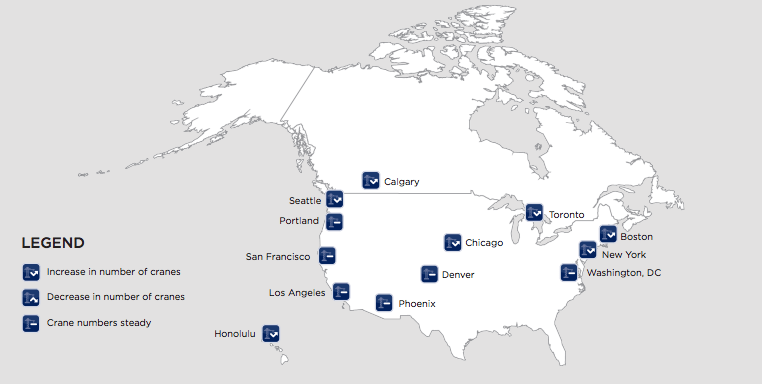 Welcome to the (concrete) jungle.