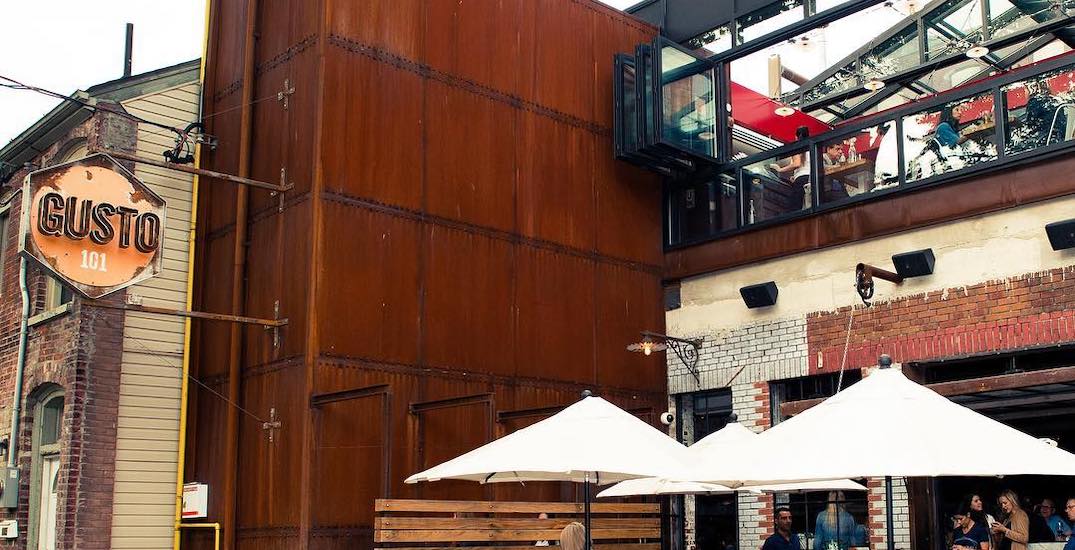 Another Toronto restaurant has temporarily closed after an employee tested positive for COVID-19.

The popular Italian restaurant, Gusto101, located at 101 Portland Street, shared news of the positive case that affected one of their employees who last worked on September 26.

“Through the lens of safety and transparency (the only way forward), we are saddened to announce that one of our team members at Gusto 101 has tested positive for COVID-19. This team member, who’s last shift at Gusto 101 was Saturday, September 26th, went to get tested as a precaution and is currently quarantined at home,” said Gusto101 in a statement.

“While not mandatory, we have immediately closed our restaurant until further notice as our guest’s and team member’s safety will always be number one.”⠀

In the meantime, Gust101 will be professionally sanitized and the entire team will remain in self-isolation, undergo a COVID-19 test, and must receive a clean bill of health before returning to work.

For customers who may have been at the restaurant, contact tracing will be shared with Public Health and those with reservations will be contacted to be rescheduled or cancelled.

The Italian restaurant is one of many in the city that has reported cases within their establishments and had to close down as a result.Neighbouring Caribbean restaurant, Chubby’s Jamaican Kitchen, also reported a positive case and underwent similar steps before welcoming guests back to its location.

Three King Street restaurants do not share the same fate, however. King Taps, MARBL, and Casa Mezcal were all served public health violations from Toronto Medical Officer of Health Dr. Eileen de Villa and ordered to shut down.

“We are optimistic that this is an isolated case as no other team members are experiencing symptoms and rigorous sanitation, social distancing, and mask-wearing procedures were followed. We will only reopen when we feel it is safe to do so,” said Gusto101.

As of September 26, additional measures and restrictions have been placed on restaurants, bars, and other food establishments, including nightclubs, by prohibiting the sale of alcohol after 11 pm until 9 am the next day.

In an effort to reduce the risk of transmission and possible future outbreaks, strip clubs across the province also closed.