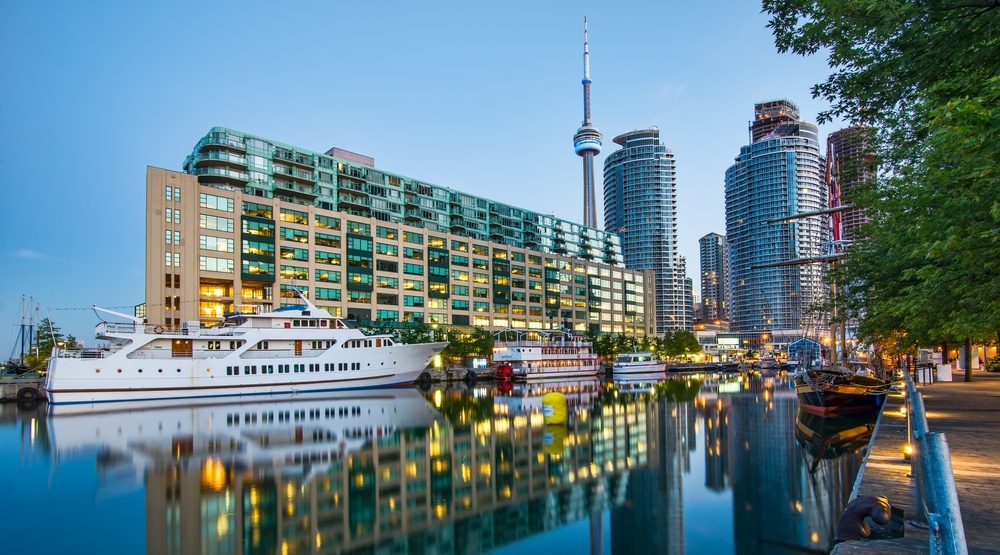 We’d start this article with another line about Toronto’s unaffordable housing market, but this is about the 1%. We’re talking hella’ expensive, but alas, obviously affordable.

According to London-based real estate consulting firm Knight Franke, luxury residential rents are rising faster in Toronto than anywhere else in the world.

“Toronto leads our ranking with prime rents growing by 8% year-on-year,” reads the company’s recently published Prime Global Rental Index. This is despite prime rents across the 17 key cities evaluated falling by 0.4% overall in 2016. 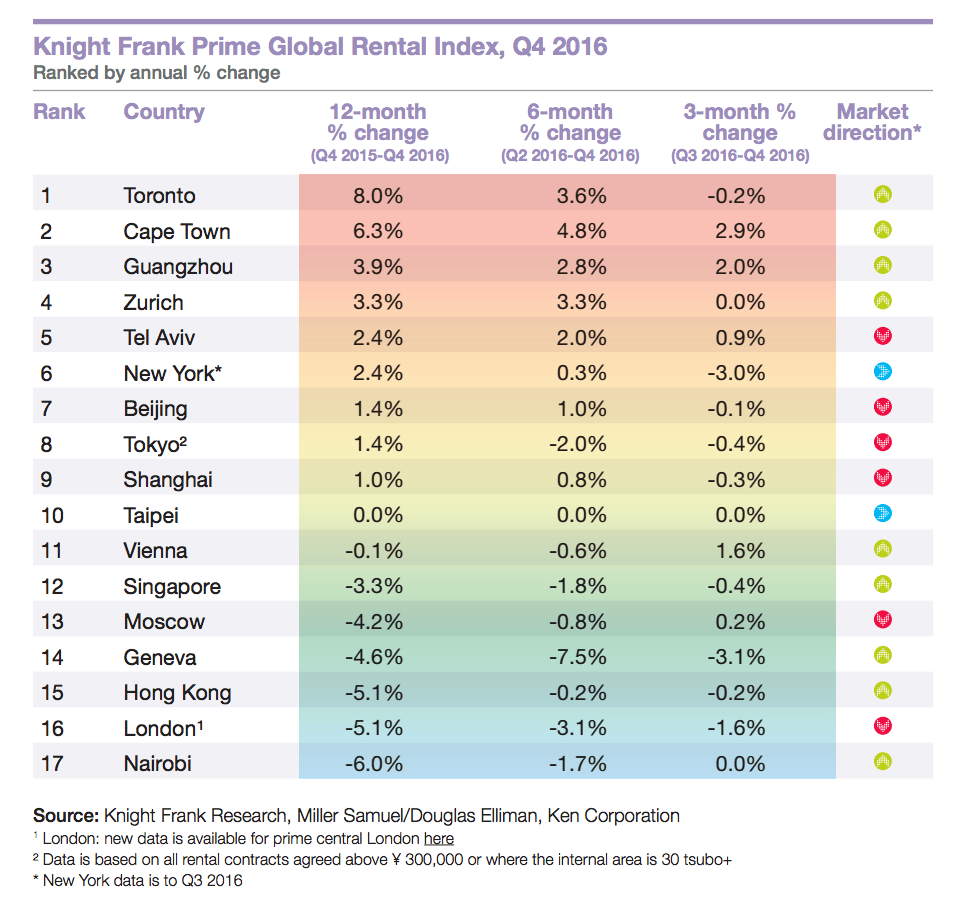 Toronto leads the ranking, with prime rents growing by 8% year-on-year.

So, what constitutes “prime,” or “luxury” residential? The index considers the top 5% of the housing market in each city to fall within this category. In Toronto, that would include the Bay St. Corridor, Waterfront communities, Trinity Bellwoods, and Liberty Village.

Some points of interest:

– Europe displaced Africa as the weakest-performing region with prime rents falling 2.1% in 2016

– Nothing at all has changed in Taipei.

If there’s any consolation for those feeling down about another survey proving life in Toronto to be frustratingly unaffordable, you can take solace in knowing it’s actually pretty cheap for a financial hub.