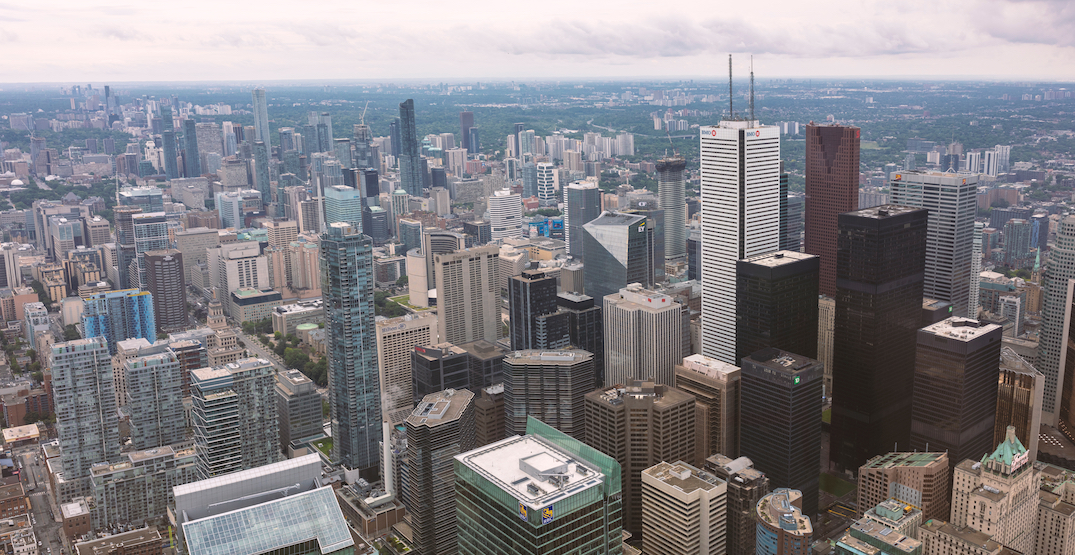 Toronto renters have been taking advantage of lower rent prices and lavish move-in incentives for months now, but that appears to be coming to an end.

According to a new report from Rentals.ca and Bullpen Research & Consulting, Toronto rent prices rose in March for the first time in over a year — an indication that the market has bottomed out. 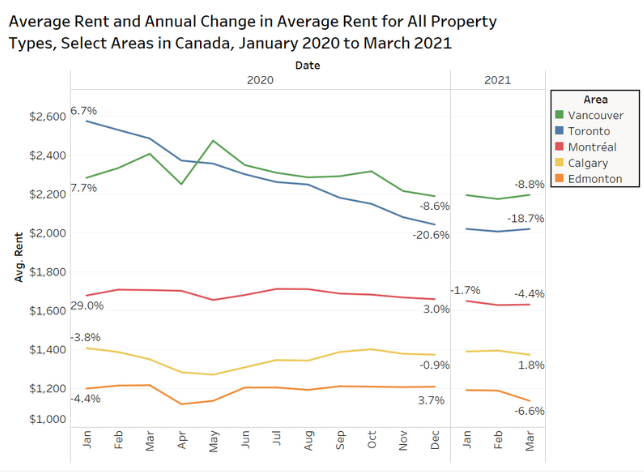 Rent prices in the city are still down 18.7% annually, which is the most dramatic decrease seen in any major Canadian city. Toronto still remains the second most expensive city for rentals in the country after Vancouver, which also saw a rent price increase last month. 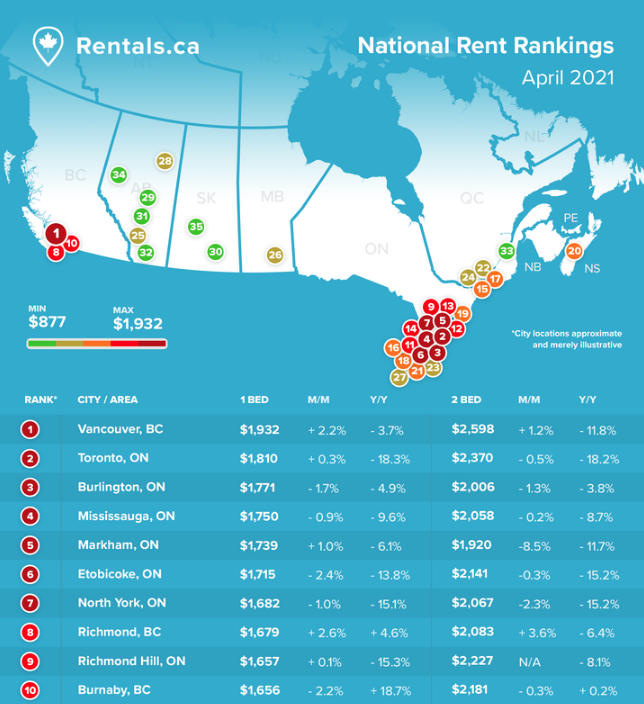 The report also looked at individual Toronto neighbourhoods and found which areas in the city have seen the biggest changes in rental prices in the past year.

Downtown was hit the hardest, with prices there falling 20-25% annually. Surrounding neighbourhoods saw smaller decreases of about 2-9%.

The southern York region, however, was also hit pretty hard, which the report attributes to the fact that the rental stock in that area is largely composed of newer condo buildings. 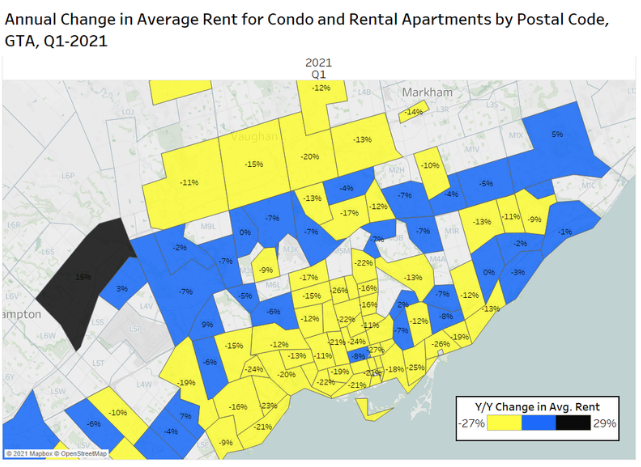 But there is some hope for downtown rentals, according to the report:

“Anecdotal evidence from leasing agents suggests that rental demand is increasing in the downtown areas of Canada’s major cities, as tenants look to get in at the bottom before rents rise in conjunction with the rise in vaccine distribution.”

March is the first month that Toronto renters are experiencing an overall increase in rental prices, but it’s a trend to keep an eye out for in the coming months.