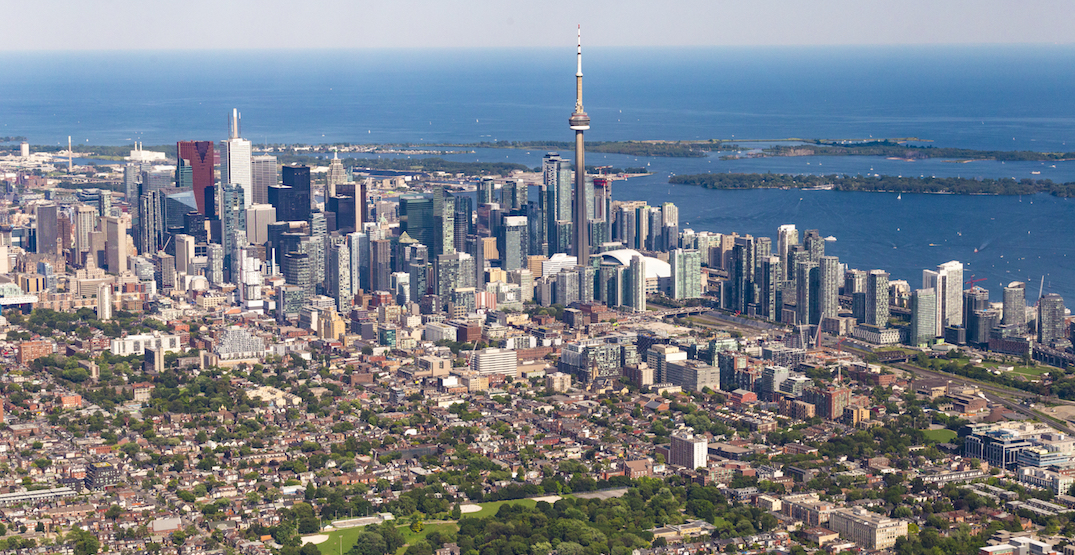 Toronto rent prices have taken a steep nosedive over the past year, and unsurprisingly they’ve fallen more in some neighbourhoods than others. And in some cases, it’s a lot more.

A new report from Torontorentals.com took a look at rent prices in various Toronto neighbourhoods since the beginning of 2021 and found that three neighbourhoods in particular have experienced price drops over 30% just this year alone. 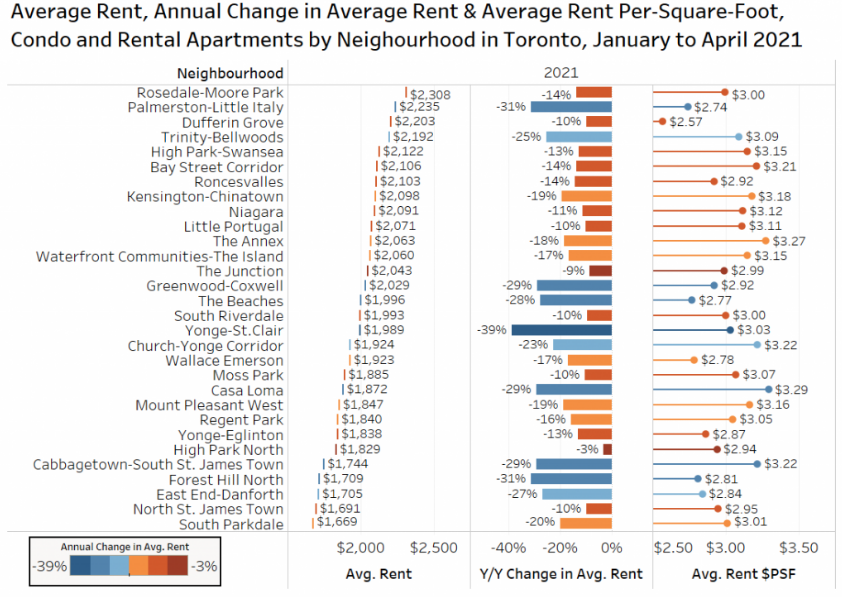 The smallest change was seen in High Park North, where prices only went down by 3%. The Junction, Dufferin Grove, Little Portgual, South Riverdale, Moss Park, and North St. James Town all saw decreases of 10% or less. Dufferin Grove also has the cheapest rent per sq ft out of all the neighbourhoods studied.

Despite the overall drops seen in Toronto neighbourhoods over the past few months, the average price of rentals city-wide actually increased 0.9% month-over-month in April. A number of other GTA cities have seen month-over-month rent increases too, according to the report. 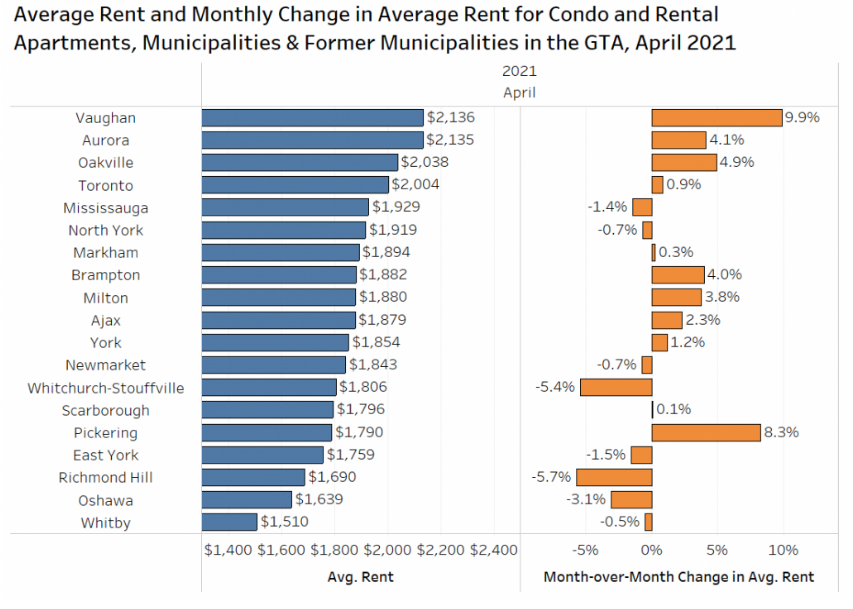 When looking at changes in prices in terms of unit size, the numbers get even more interesting. Rent prices for larger units have gone up while the average price for smaller units has fallen which the report attributes to renters “seeking larger properties while they work from home and their children learn virtually.” 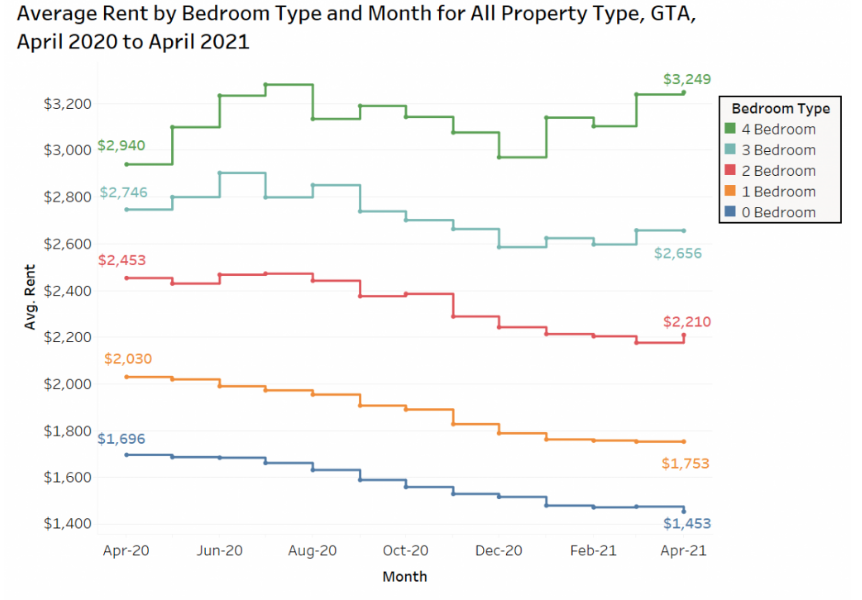 The average rents for studio, one-, and two-bedroom units are all down over 15% annually, the report says, and they may take some time to recover.

“Despite more vaccines getting into arms and an inevitable end of the lockdowns in the GTA, the work-from-home trend looks like it’s here to stay for many workplaces in 2021,” the report reads.