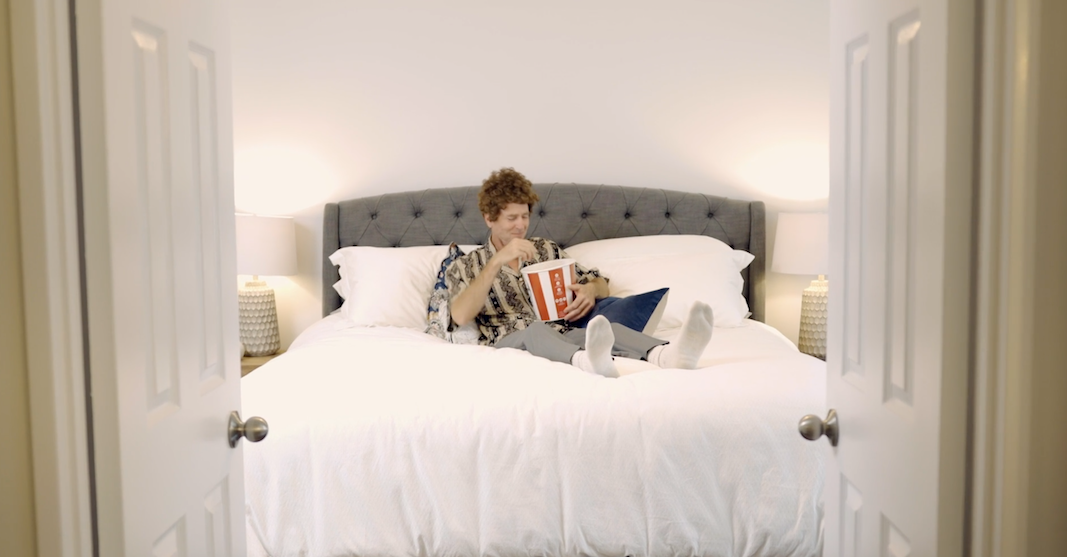 A Toronto realtor has recreated a scene from Seinfeld for her latest real estate listing video, and it’s safe to say she’s going to have very few problems selling the house.

Real estate agent Karyn Filiatraut, who is no stranger to untraditional marketing tactics, recreated an episode of Seinfeld, complete with Kramer taking over the home, to promote a listing she’s selling at 55 Lombard Street.

After posting the video on Facebook on Monday, it’s quickly racked up over 7,000 views and countless praises from viewers.

“We dumped the traditional real estate video in favour of recreating a scene from Seinfeld inside our listing instead… and we think you’ll agree that it’s significantly more entertaining to watch. Seinfeld fans — how’d we do?” reads the Facebook post.

“Show your love for this gorgeous home and our talent’s brave vulnerability to reenact one of the most recognized Hollywood scenes of all time… in his undies.”

The video starts with Jerry leaving the unit, and then his wacky neighbour Cosmo Kramer comes in and takes over the house and manages to get his hands on a garden hose, a bike, and a bucket of KFC.

Whether you’re in the market for a stunning three-bedroom (plus den) house in Toronto’s east end, or you’re just in for a good laugh, click play below and enjoy.