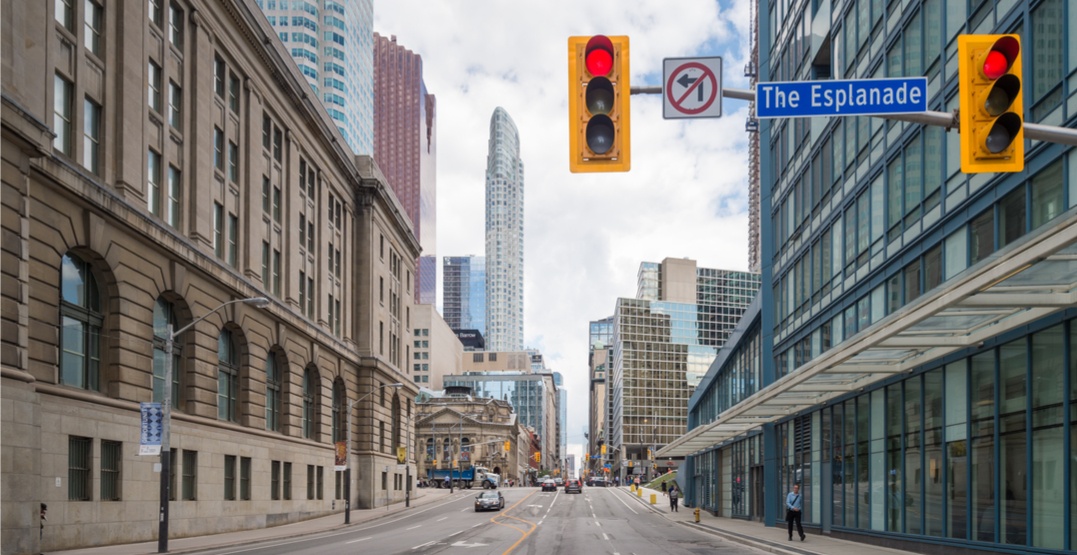 Big changes are coming to Toronto streets, as Mayor John Tory has announced the city is launching a smart traffic signal pilot project.

The new pilot will test the latest technology in smart traffic systems.

These systems are more effective than traditional traffic signals because they are able to independently adjust to real-time traffic conditions.

Earlier today, the City installed its first smart traffic signal at the intersection of Yonge Street and Yonge Boulevard.

“The City is finally moving into the 21st century and embracing technology that can improve traffic,” said Mayor Tory.

“Over the last three years, we have finally focused on fighting traffic in Toronto and improving commute times. I am determined to build on the progress we’ve made and continue the fight each and every day.”

The standard traffic signals used throughout the city are fixed to a set timing cycle for morning and afternoon rush hours and off-peak times.

The new signals will be able to adjust traffic signals independently to respond to real-time traffic patterns at any time of the day. They can also communicate and synchronize with other smart signals in the vicinity to alleviate congestion.

The new signals are part of a one-year pilot project that will test two different technologies, InSync and SCATS. InSync makes decisions based on video-analysis camera detection, while SCATS makes decisions using radar detection to measure traffic flow up and downstream of the intersection.

According to the city, at 10 locations on Yonge Street between Yonge Boulevard and Castlefield Avenue, InSync will be used. Meanwhile at 12 locations on Sheppard Avenue East between Neilson Road and Meadowvale Road, the City will pilot SCATS.