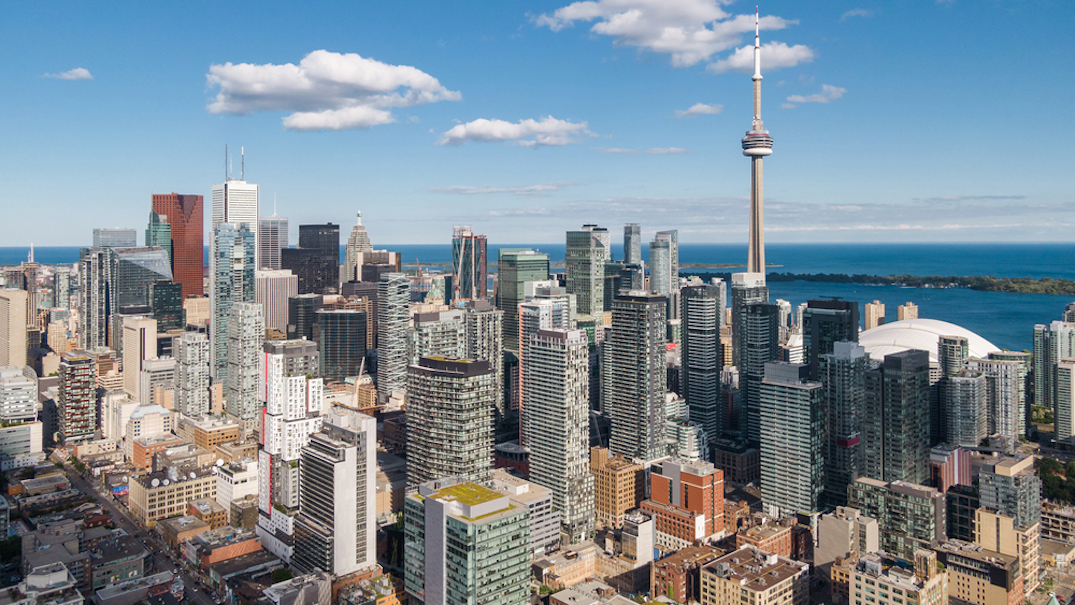 As the COVID-19 pandemic continues, the housing market in Toronto has managed to remain robust during an unprecedented and therefore unpredictable time.

For first-time homebuyers, it can be difficult to decide when is the right time to buy a property given the uncertainty.

But despite property prices continuing to increase, buying during a pandemic might not be such a daunting idea.

According to Royal LePage President and CEO Phil Soper, the current environment has allowed for the lowest interest rates on properties, causing intense interest in the market.

Soper told Daily Hive why property prices remain high, the key housing trends, and what first-time buyers should look for.

Prices continue to soar in the pandemic

“It’s interesting because now there is higher unemployment and more uncertainty, yet we have a high level of demand for purchasing a home. Towards the end of 2019 and early 2020, the demand in the first quarter of 2020 was crazy busy. But then the pandemic came, and everything grinds to a halt,” Soper said.

“It lasted into the important spring market, and during that time, the Bank of Canada reacted to sure-up the economy, and [as the] housing market [is the] biggest single driver of the Canadian economy, interest rates went to historic lows.”

But it created an unusual situation where money was cheaper than it had ever been, the competition was low, and within six to eight weeks, home prices backed up – which hadn’t happened since 2012, Soper pointed out.

Because of this, first-time homebuyers were interested in the market. And when it came to virtual viewings, that wasn’t a problem for the younger demographic.

Another more subtle reason Soper mentioned was when looking at age, sellers are typically older, and as a result of the pandemic, they had more concerns about interacting with people in person, making them reluctant to sell during this time. This dynamic then created a situation where there were more buyers than sellers in the market.

Demand in urban centres remains high, despite movement to suburbs

Soper said that there has been a housing shortage in Canada’s biggest cities stretching back a decade. When looking at the millennial population cohort, which is the largest population size (mid-20s to late 30s), this is the first-time homebuyer group.

“The research shows their preference is to own a condo in the city. Now, this changes as they get older, and they want walkout properties, which tends to be farther away from the city core,” he said.

“Millennials are still looking for their first property to rent or buy. That’s a big group of people, which continues to put pressure on a supply of buyers for condos and entry-level housing in the city itself.”

The Royal LePage president also said that with immigration, new Canadians tend to rent in big cities for the first three years of their time in Canada, preferring condominiums. This is a trend that will remain in place.

Advice for homebuyers on when to purchase

Soper emphasized that houses aren’t the same as stocks, meaning it’s not something that can be timed.

“The time you should change your housing is when it makes sense for you and your family and when you can afford it.”

But in a growing country like Canada, it gets more expensive over time. While there can be “short-term blips” like the pandemic, which negatively affected the market for a few months, these tend to even out in a relatively short period of time.

“People don’t tend to bounce around housing. They tend to stick around,” Soper said. For first-time homebuyers, that’s usually five to seven years, and then longer as you get older for subsequent purchases.

“Make the move for when it makes sense for you. You won’t be wrong over any period of time. Right now, the reason there is so much interest is because mortgage rates are so low, so it’s not a bad time to purchase a home.”

Soper also advised to think long-term and not in reaction to the pandemic. The notion that there is a mass migration to the suburbs is “overblown,” and when the pandemic is over in the near future, people will prefer the vibrancy and pace of urban living, with a subset wanting the slower pace of suburban living.

“It’s really important that people look at their neighbourhoods with a post-pandemic eye. Don’t look at it with the health emergency. Look ahead a few months and the type of community you want to live in post-pandemic. It’s a longer-term decision than the health crisis.”

For Soper, there are a few trends to keep in mind.

One is a home-style projection, which will see the idea of open concept, which has been a strong movement for the last 25 years, lessen as more people work from home and want more private space. Due to this shift, there will also be the move to “smart homes” with the introduction of the 5G network, with people wanting higher and greater access to faster internet.

As well, in the next 10 to 15 years, the demand for housing will continue to grow without a matching level of supply, creating even more in-balance than seen today.

“That will put uncomfortable upward pressure on house prices which will come in waves… We’ll struggle over the next decade or so to make enough housing for our growing population,” he said.

Lastly, Canada’s continued rise on the international stage has made it a desirable place to live. This is a trend Soper sees strengthening over time, especially as immigration continues to grow.

Even during a turbulent time with the pandemic, Toronto’s housing market remains an active area with more first-time homebuyers entering the space.