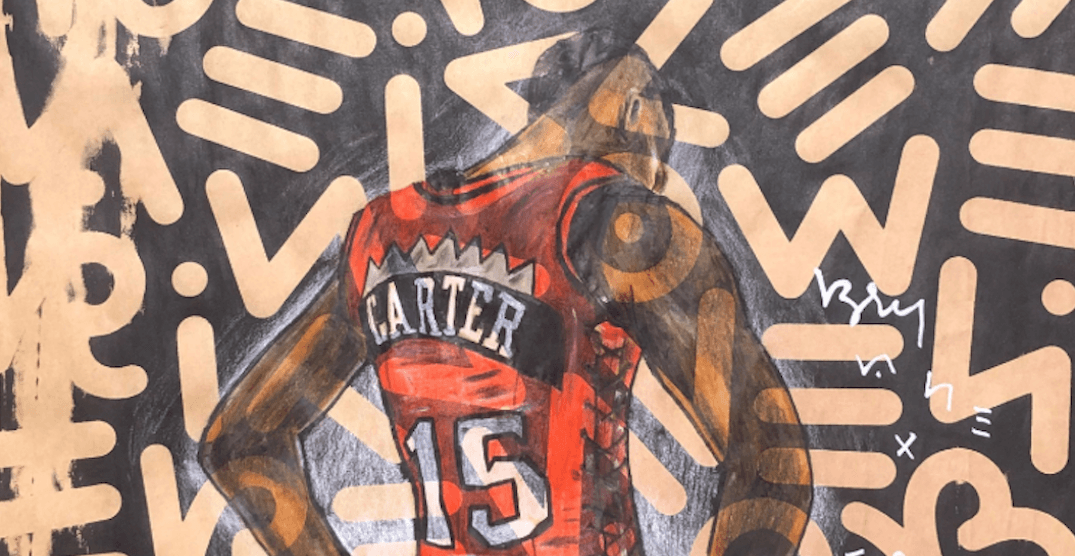 Peace to the Past, Reach for the Future (City of Toronto)

It’s almost time for the city to once again transform into the all-night contemporary art festival Nuit Blanche.

Taking place on October 5 from dusk to dawn, the festival will feature art installations scattered throughout the city.

Easily one of the most hyped installations already is Peace to the Past, Reach for the Future, a towering sculpture that honours 25 years of the Toronto Raptors.

As the Raptors turn 25, two Toronto artists have created an 18-foot sculpture—honouring the NBA champions’ past, imagining their future, and celebrating the diverse communities that support them.

Created by Bryan Espiritu and Esmaa Mohamoud in partnership with MLSE’s Toronto Raptors, the installation will be located at Queen Street West and Bay Street.

“It’s been months of work and years of building to get here. Honoured to do this for the city,” wrote Espiritu on Twitter.

Cats out of the bag. I’ve been commissioned by the @Raptors and @nuitblancheTO to work on a project with Esmaa Mohamoud that commemorates the 25 Year Anniversary of the Toronto Raptors. It’s been months of work and years of building to get here. Honored to do this for the city.

“This sculpture inspired by the Raptors anniversary symbol will be located on the backdrop of city hall and old city hall, emphasizing multiple layers—temporal, stylistic, and conceptual,” reads the project’s website.

You can learn more about the festival and full programming here.

When: October 5
Time: 7 pm to 7 am
Where: Locations throughout Toronto
Price: Free