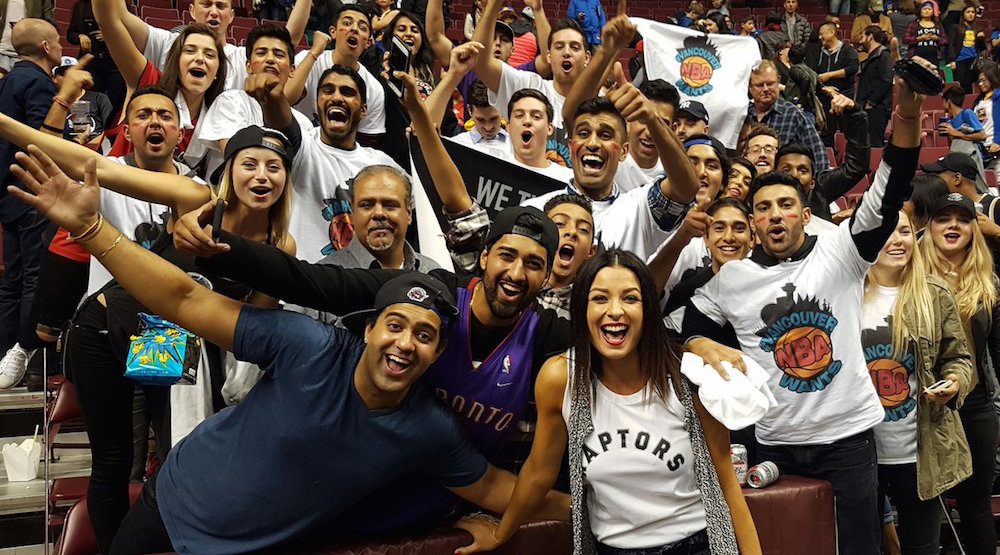 If you go to a Raptors game this year – and you definitely should – you’re going to see and hear Kat Stefankiewicz.

After all, she’s the in-game host for the Toronto Raptors. Which means she has a hell of a cool job. And one we wanted to find even more about as the Raps season kicks off tonight at the ACC against the Detroit Pistons.

‘Cause if you’ve been paying attention these past couple of years you’ll know that the Raptors have become a pretty big deal. We (yes, we) went to the Eastern Conference finals last year, got a brand new training facility, and have NBA pundits wondering if we’ll have a 60-win season.

And who better to talk all things Raptors with than the woman at the centre of every game? Especially when she says things to get us excited like, “I honestly see us pushing far again, especially with the season we just had.” 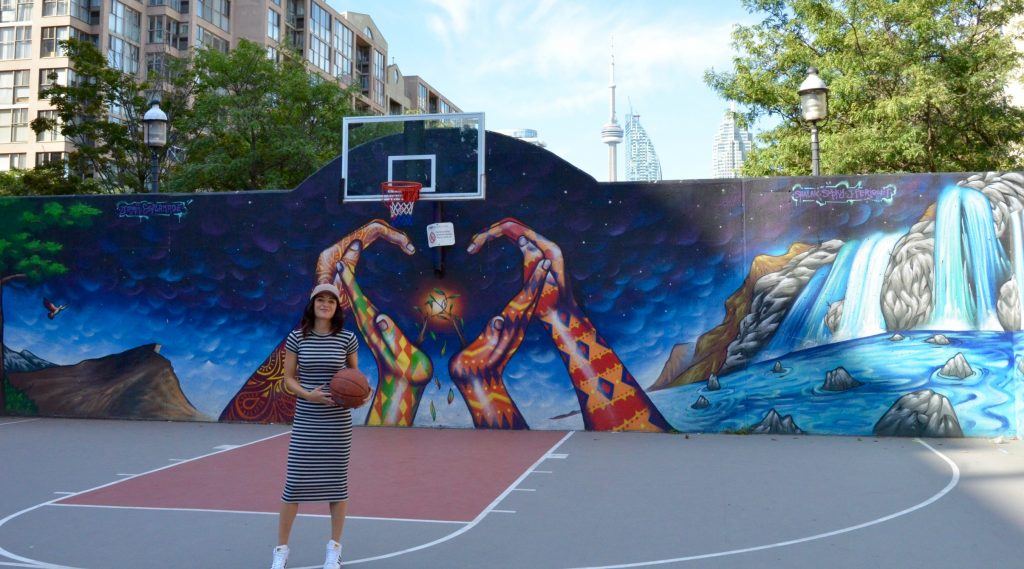 Before she would land one of the coolest jobs in Toronto though, Stefankiewicz was more of a baseball player than baller. She grew up knowing that she loved sports and she loved performing, and she ended up attending Sheridan College for Musical Theatre before trying out for the Raptors Dance Pack.

That tryout would lead to a spot on the squad and then a three-year captaincy before a kind of covert audition (she wasn’t actually told she was auditioning) led to Stefankiewicz becoming the in-game host for Raptors games alongside her co-host Mark Strong.

Five years in and she’s still rocking it.

“With basketball, it’s a huge show. And we take pride in that here.”

And if you’ve ever been to a Raptors game you know what she’s talking about. The entire night is a moving production, a piece of live theatre, during which you never know what’s going to happen. Luckily, that’s where Stefankiewicz’s performance background comes in handy: “I love the high of a live show.”

Whether it’s hitting up Jurassic Park, running contests, conducting celebrity interviews, or just maintaining the connection between what’s happening on the court and off of it (between points), everything is on the fly, and every day is different. 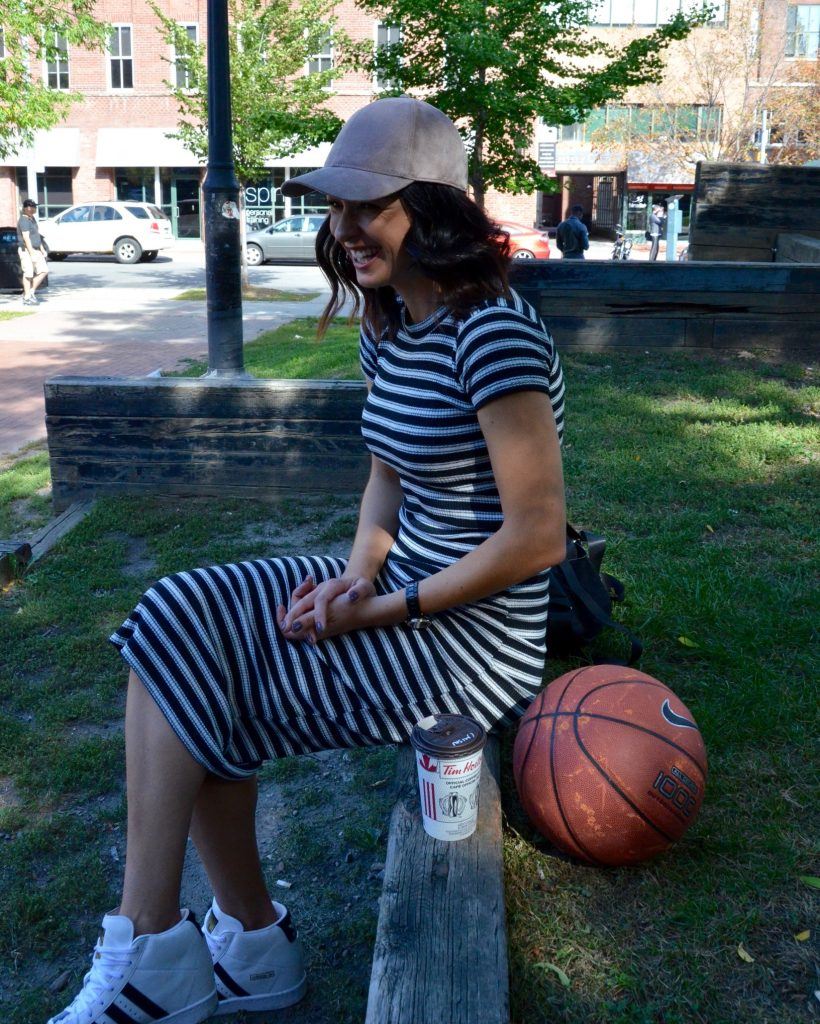 Part of the digital crew as well (think social media), Stefankiewicz starts game days as early as 8 am, checking in with fans, building some hype, and answering questions to help people get ready for the game. Which is perfect for her, as “being able to bring people closer to their NBA idols, to see that reaction they have,” is actually her favourite part of the job.

Ironically, however, being so involved in the game means missing a lot of it.

“I get tweets during the game about the game asking me, did I see that?! And no, I didn’t. I go home and watch highlights.”

That’s okay though, when you spend your days at the ACC with the kind of crowd Toronto offers, it’s hard to see a downside. Asked about what makes our Toronto crowd so legendary around the league, “It’s the energy we give off. It’s a family feel.”

So the next time you hit up a Raptors game, pay attention to the show happening within the show. It never stops.