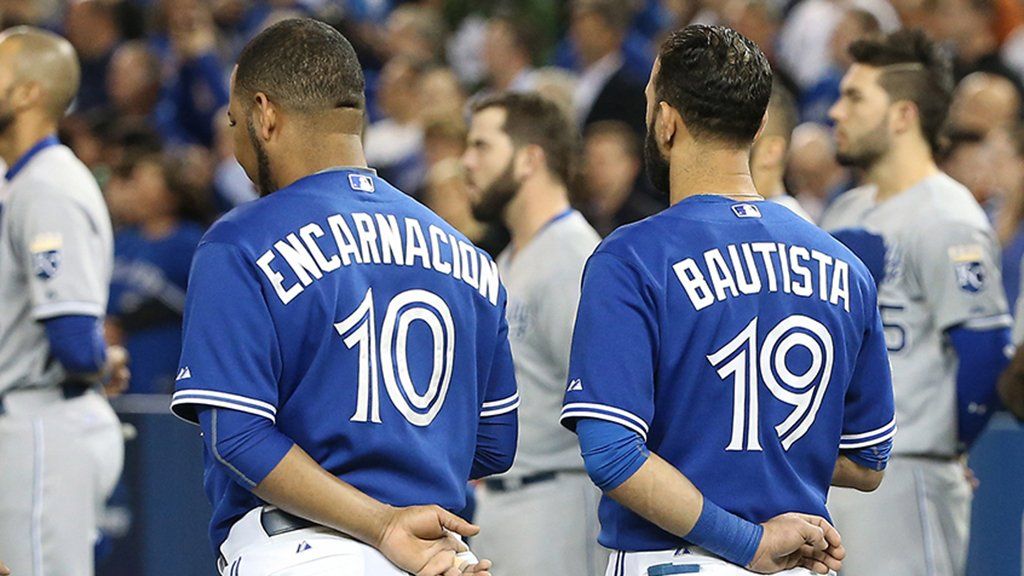 In the heat of the moment, sports fans are the antithesis of logical. We curse, we drink, and sometimes we might even throw those alcoholic beverages at unsuspecting left fielders. But at the end of day, when the smoke clears on a hard-fought loss, what are we left with as we gracefully sober up and make our way through the five stages of grief?

Nothing but memories of what could have been.

With relatively new management, an aging roster, and free agency primed to transform the look of next year’s roster; this leaves us with a question, where will this Blue Jays team reside in the hearts of sports fans in the city?

I’m not referring to teams like the 1992 and 1993 Blue Jays; it’s too easy to love a championship team that galvanized baseball fandom in the Canadian youth who are currently behind the attendance boom we have experienced at the Dome the last two seasons.

I’m talking about the teams that could have been. The ones that had a chance to go all the way if not for a few unfortunate breaks; these seem to be the teams that have a special place in the hearts of Toronto sports fans.

For Torontonians of a certain vintage, the gold standard for revered teams is the 1992-93 Toronto Maple Leafs. The combination of the end of the Ballard era, which culminated in a decade of ineptitude, and some savvy trades which landed them the likes of Doug Gilmour and Dave Andreychuk, the Leafs became a truculent, strong defensive team that won two emotional seven-game series over Detroit and St. Louis on their way to a Game 7 loss to the Los Angeles Kings in the conference final.

I don’t know what it says about the psyche of Maple Leaf fans these days that a conference finalist team is the most venerated team of the past 50 years. The exalted status of this team was sealed when Kerry Fraser declined to call Wayne Gretzky’s high stick in Game 6. It gave fans the ability to run simulations of a hypothetical Leafs-Canadiens Stanley Cup final that loop in their minds to this very day.

They just showed the game 7 Gretzky goal againt the #Leafs in 93…I still feel like crying. Could've been Leafs-Habs. Fuckin Carrie Fraser

After back-to-back seasons missing the playoffs, the Leafs moved to the Eastern Conference and Pat Quinn led an immediate renaissance of Maple Leaf hockey as the NHL entered the 21st century.

Quinn’s teams made two conference finals appearances during his tenure, seemingly always dispatching the Ottawa Senators along the way much to the delight of fans, before being neutral zone trapped out of the playoffs.  The gritty, fast-paced teams were led by Mats Sundin and Curtis Joseph but also a cast of hard-nosed veteran players like Shayne Corson, Darcy Tucker and Tie Domi all of  whom hold a very special place in the hearts of Leaf fans.

Butch Carter deserves a lot of credit for laying the ground work that NBA legend Lenny Wilkens led to the franchise’s first ever playoff series victory.

With the closest thing the Raptors have ever had to a bonafide NBA superstar in Vince Carter supported by a strong supporting cast of Alvin Williams, Morris Peterson, Keon Clark, Dell Curry, and Antonio Davis, it was the enforcer Charles Oakley and kinetic rebounder Jerome Williams that endeared themselves to a relatively adolescent basketball fanbase. Alvin Williams and JYD became so beloved, both players have found themselves employed by the team in various capacities since their retirements.

Unfortunately for the 2000-01 Raptors, it is an untimely graduation ceremony and a missed buzzer beater that remains in the mind of fans.

As for the 2015-16 Toronto Blue Jays, without a doubt they are the second most successful teams in franchise history, so that instantly elevates them into the rarified air in team history.

There is a lot to love about the team. The three faces of the franchise, Jose Bautista, Edwin Encarnacion, and Josh Donaldson, were all players that blossomed in the friendly confines of the Rogers Centre after being acquired for little-to-no cost, which is a mark of pride for many fans.

For others, the team’s failures the last two playoff seasons fall directly at the feet of John Gibbons, whose traditional management style didn’t seem to produce the results fans desired.

Finally, there are those that finally grew tired of Bautista’s waning production and his sound bites that seemed to motivate opposing teams more than his own.

So, what will you remember about this team as time goes on? Will it be the late season swoon that cost them the division crown? Is it Edwin’s epic home run that won them the wild card game? Maybe it will be Jose Bautista getting punched out by Rougned Odor? Or is it Donaldson’s dash to sweep away the Rangers?

Only time will tell if these Blue Jays will become a team fans look back at with pride and unfulfilled potential, or the bookend of a disappointing run that should have ended with the team’s third World Series victory in franchise history.