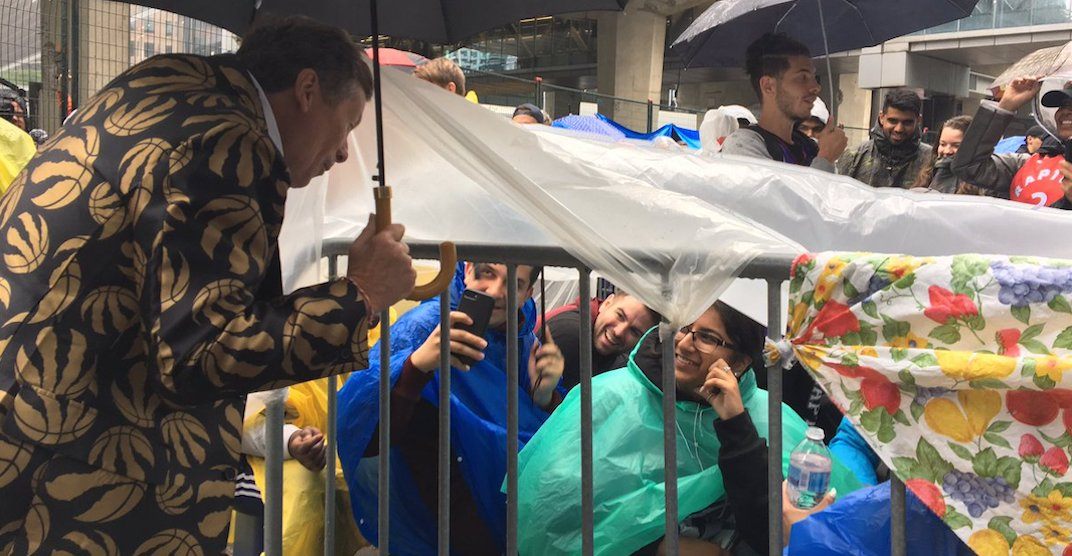 As we get closer to tip-off for Game 6 of the NBA Finals, Raptors fans are already lining up to snag their spot in Jurassic Park— despite the rain.

Equipped with tents, ponchos, and umbrellas, fans are patiently waiting outside of Scotiabank Arena so they can, not only attend the massive tailgate party in Maple Leaf Square, but also potentially watch history unfold as the Raptors have a chance to clinch an NBA championship on Oakland soil tonight.

And even though there’s the chance of rain and thunderstorms expected ahead of tonight’s game, Raptors fans are still showing their support.

Even Mayor John Tory was at Jurassic Park to meet with fans ahead of the potentially historic game.

Our @Raptors may be out of town but the fans are here and ready, rain or shine. Met some of our amazing fans this morning waiting in line for #JurassicPark. They’re ready to bring a championship home to Toronto tonight! #RaptorsIn6 #WeTheNorth pic.twitter.com/CTrnNRVYLk