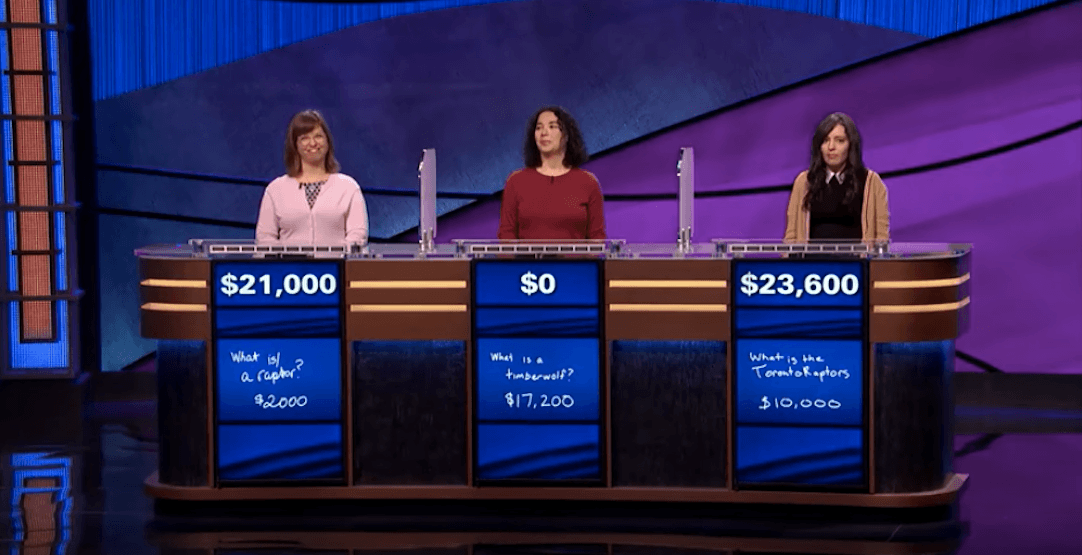 It may come as a surprise to us, but not everyone is aware of the 6ix and all its glorious professional sports teams.

Earlier this week on an episode of Jeopardy, beloved host Alex Trebek announced the “Sports Mascot” question for the final Jeopardy round.

The clue was “The animal on this NBA team’s primary logo peaked about 75 million years ago.” 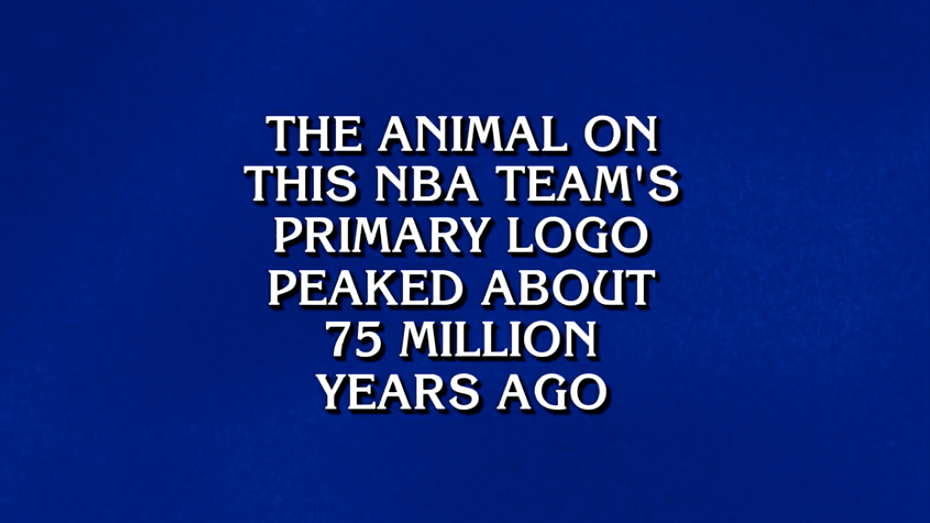 The contestant leading the round wagered all of her $17,200, but unfortunately, she probably wasn’t a fan of Drake and didn’t know much about Toronto’s NBA team.

Her answer “what is a Timberwolf?” cost her the game. She was the only contestant who did not answer the question correctly, with the answer being “what is a Raptor?”

In fairness, this probably was one of the only times we would have gotten the correct answer to a final Jeopardy question.