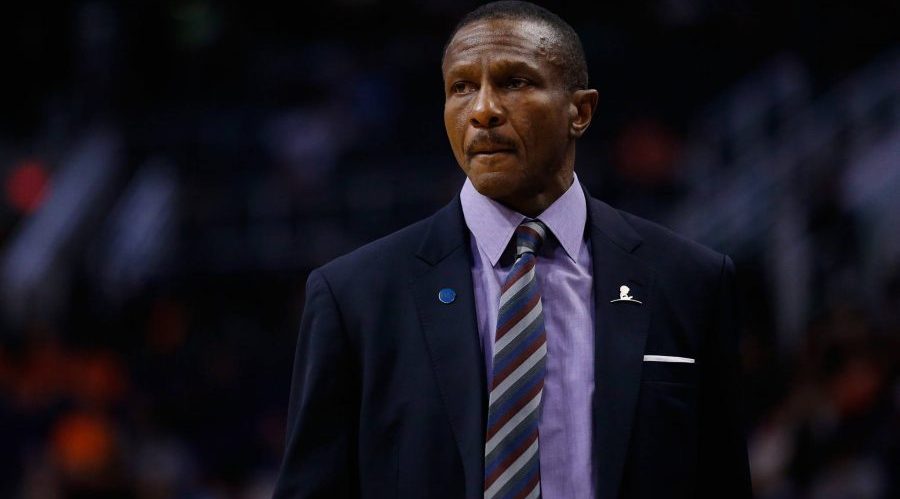 After the most successful season in team history, the Toronto Raptors have given a three-year contract extension to their head coach.

Dwane Casey, who has been the man in charge for the last five seasons in Toronto, oversaw a young Raptors team that came into their own this season. The team has improved steadily under Casey, winning 34 games in his first full season in 2012-13, to winning 56 games this year.

“Dwane has done an excellent job leading our teams to success on the court and with helping us to develop a winning culture throughout our organization,” said Raptors President and GM Masai Ujiri. “Continuity is a part of establishing that culture. We are confident that with Dwane’s leadership we will continue to grow our franchise.”

The Raptors have won their division in each of the last three seasons, but didn’t perform well in the playoffs until this spring. The team proved a lot of doubters wrong this year, winning two playoff rounds and taking two games off the heavily favoured Cleveland Cavaliers.

“My family and I are very appreciative to ownership and Masai for the opportunity to continue to lead the growth of our program,” said Casey. “We are energized with the idea of the potential we have with our core players and the development of our young players. Our goal has been and will be to build a program that is competing for a championship year in and year out.”

Casey is the longest tenured (394 games), and the winningest coach (210 games) in Raptors history.