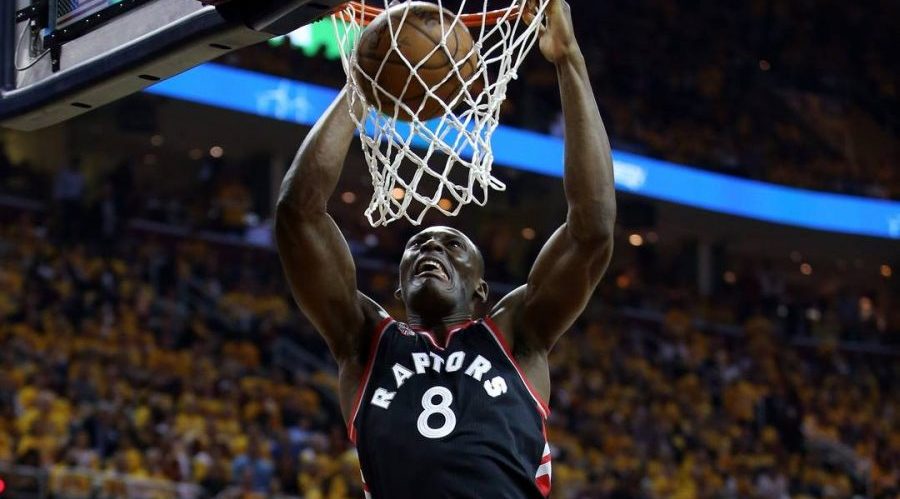 The Toronto Raptors could lose a fan favourite this offseason, as Bismack Biyombo has reportedly opted out of his contract.

Bismack Biyombo’s deadline to opt out was 7 days after Toronto Raptors’ last game (5/27/16) as such, he officially opted out @BBallInsiders

Biyombo, who became a cult hero for Raptors fans in the playoffs, will become an unrestricted free agent on July 1.

After averaging 5.5 points, 8 rebounds, and 1.6 blocks per game during the regular season, the 23-year-old centre from the Congo had a coming out party in the playoffs. Biyombo’s role was elevated after Jonas Valanciunas was injured in Game 3 of Toronto’s second round series against Miami.

Biyombo is expected to command interest from teams looking for a shot blocking presence in the middle. He’ll get a raise on his $3 million deal, but it remains to be seen if he will price himself out of Toronto. The Raptors like him, but given they already have Valanciunas, Biyombo might be a luxury they can’t afford.