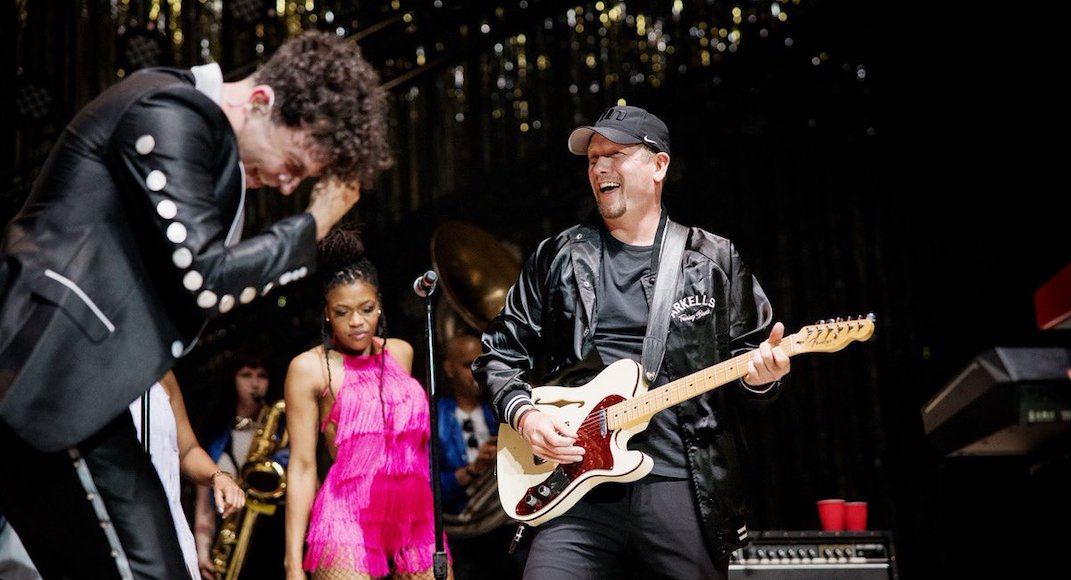 In just two weeks he’s led the Toronto Raptors to a historic NBA Championship title and shredded alongside the Arkells to a sold-out crowd at the Budweiser Stage.

Seriously, what can’t Nick Nurse do?

From the opening song (Hand Me Downs) to the Soul Review set to the encore (My Heart’s Always Yours), fans belted along with the band and danced in their seats—especially when Raptors’ head coach Nick Nurse joined the Hamilton boys on stage.

Nurse jammed with the band for their rendition of Signed, Sealed, Delivered I’m Yours by Stevie Wonder.

Introducing the newest member of Arkells.
(Plz note: he will not be able to tour during the NBA season.)
Thanks @Raptors for letting us borrow him! pic.twitter.com/c6hQiw77uH

And as you could imagine, the crowd went absolutely wild. Here’s a look at Nurse rocking out and living his best rock-star life on Saturday.

THIS IS NOT A DRILL Nick Nurse is on stage playing guitar at the @arkellsmusic show 🚨🚨🚨 @Raptors pic.twitter.com/KTbpjMzRJ5

🎶Ohhhh, the boss is coming! 🎶 pic.twitter.com/P4XpazN0Vt

Nick Nurse on stage with the Arkells.
pic.twitter.com/nbKf5YIwHx

Nick Nurse rolls in, as if??? pic.twitter.com/Wr6yytOzyK