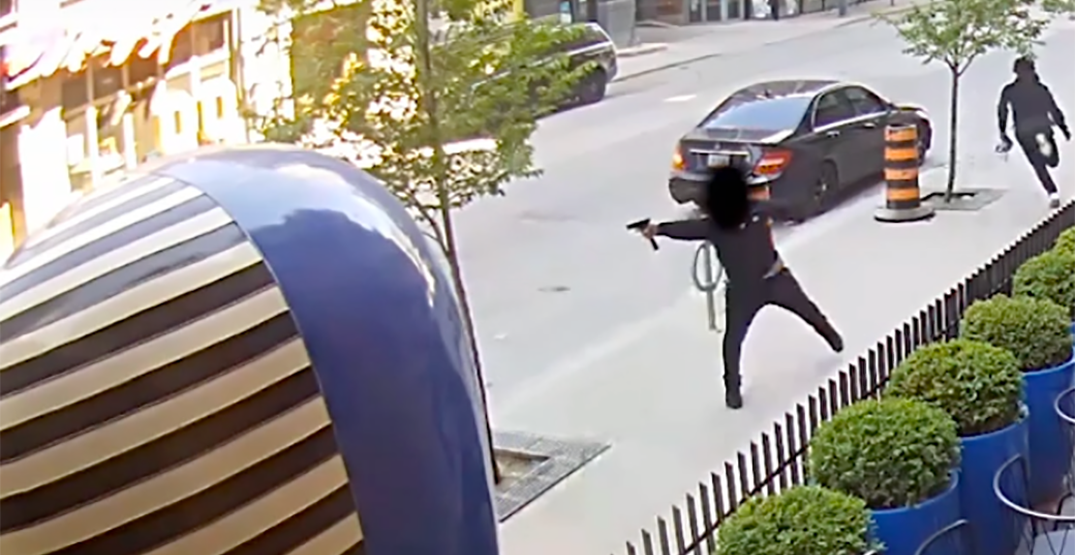 Update: An image containing an alleged suspect’s face was removed due to the fact he is believed by police to be a youth.

The Toronto Police Service released details of the “active gunfight” involving the death of the rapper Houdini on Tuesday afternoon, and the subsequent arrest of an alleged 15-year-old associate.

On Thursday, police showed reporters video footage of an alleged suspect shooting at the rapper, 21-year-old Dimarjio Jenkins, which occurred during the daytime on March 26.

“It’s beyond comprehension,” said Chief Mark Saunders at the press conference. “These individuals should not be on the street. Torontonians deserve better.”

Police say that Jenkins and his “two associates” crossed the street to go to the west side of Blue Jays Way, when the suspect vehicle, a blue Volkswagen Tiguan, approached.

A lone shooter then emerged from a vehicle and opened fire.

Jenkins’ two associates then returned shots of their own, according to police.

“It was an active gunfight on the sidewalk of Blue Jays Way,” Detective Any Singh said.

One of the associates, the 15-year-old, was struck once by a bullet and then ducked into an alley.

He then reportedly discarded the handgun, which the police have since recovered.

Police say he has been charged with firearm offences and will be appearing in court.

Based on the footage released, police managed to capture images of the suspect who appeared to be targeting Jenkins in this daytime shooting.

Singh said that the images were revealed so the public can help identify the suspects.

“We are appealing to the public, that we will not let these individuals get away with what they have done,” Singh said.

An image of one of the suspects. (Toronto Police Service)

The vehicle that the alleged suspects were using was recovered by the police, who found it burnt in York Region. It is currently undergoing forensic analysis. 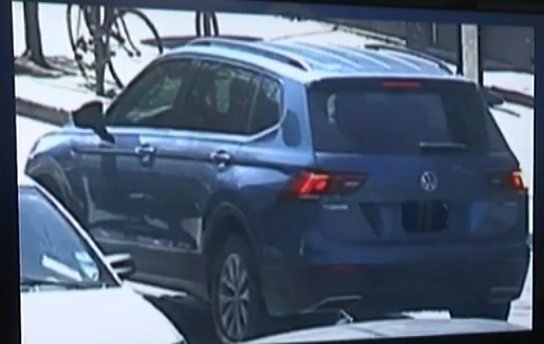 So far, police have recovered 23 shell casings from the shoot out and the two firearms, allegedly from Jenkins’ associates.

But, the firearms of the suspects are still outstanding.

During the gunfight, a six-year-old boy can be seen running narrowly missing a bullet that lands near his feet.

Other bullets can be seen hitting the road close to where his mother is by a car.

“If shot higher, this could have hit the mother standing by the car door,” Singh said.

And, a 27-year-old woman was struck by a stray bullet. She was a “complete bystander,” according to law enforcement.

While she sustained a single gunshot wound, she is expected to make a full recovery.

“A lot of people’s lives could have been put in jeopardy from what transpired,” Singh said.

He added that this shooting happened on one of the busiest street corners in the city, with the shooters having “no regard for life.”

The police are asking the public to come forward and “do the right thing” if they know of the suspect visually identified in the footage.