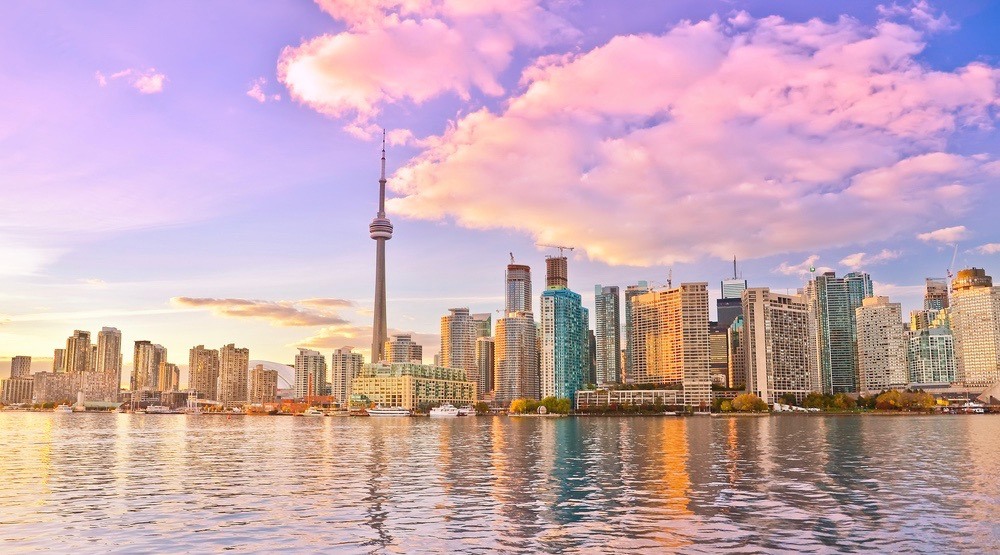 A report on global centres at the forefront of tech has ranked Toronto as one of the top 10 in the industry.

The Savills Tech Cities report “aims to understand the many, diverse factors that make places a good location choice for the tech sector.”

The report identified 22 cities that are thriving and growing in the tech industry, and Toronto came in at number 6. According to Savills Tech, Toronto is one of the cities at the top of global shopping lists for tech companies looking for space in which to locate.

The identified cities all have tech commonalities, including: being a major tech hub in its global region, having presence of home grown start-ups and incubators, and vibrant urban environments for talent.

“Toronto’s start-up scene is booming, with around 3,000 ventures currently active and a number of Canada’s home-grown heavy hitters, including Shopify, Hootsuite and Kik, maintaining a presence in the city,” stated the report. “Ranking highly for quality of life, North America’s fourth largest city has a bright future ahead as one of the world’s tech cities.”

While placing 10th in the wellness and city buzz ranking, Toronto was 6th when it came to cost of living.

The ‘well city’ measurement looked at physical factors (such as green space, pollution, crime, etc), as well as cost of living against measures of city vibrancy or ‘buzz’ (like culture, nightlife, entertainment.) 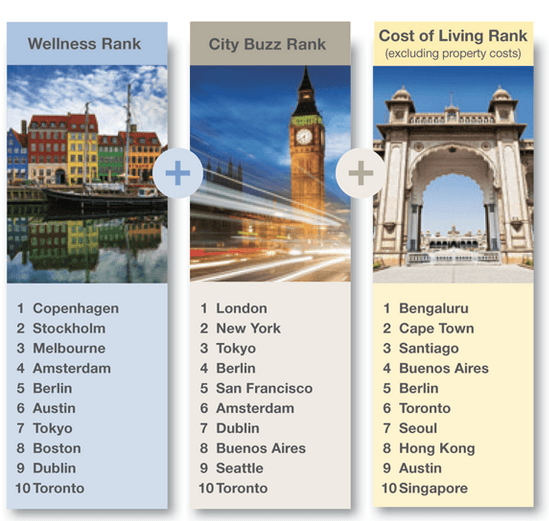 Austin and San Fransisco lead the top rankings for the global tech cities, and Toronto was the only Canadian city to make the list.

Check out the full ranking of the 22 cities below. 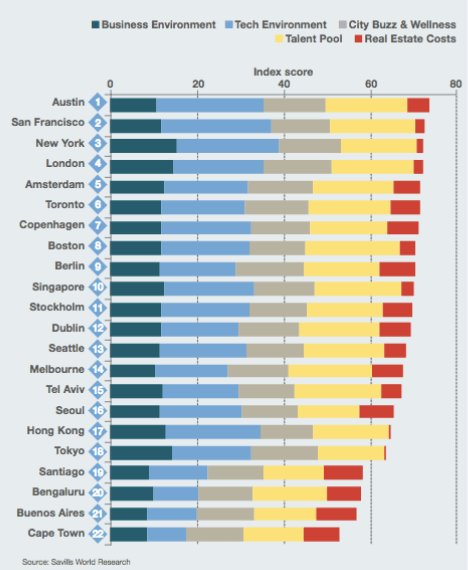