Toronto police have issued a public safety alert in connection to a man wanted in an attempted murder investigation.

According to police, on Tuesday, May 22, officers responded to a call for a stabbing in the area of Jaguar Street and Meandering Trail in Scarborough around 5 pm.

Police say two 15-year-old boys were walking in the area when they were approached from behind by a stranger. The stranger then allegedly attacked both boys with a knife.

One of the boys received life-threatening injuries, while the other boy received minor injuries.

Following the attack, the man fled the area on foot. He is described as white, with an average build, 5’8, with a full beard and buzz-cut hairstyle. He was wearing a white t-shirt and black pants.

Investigators believe the suspect is violent, armed and dangerous. If you do see him, you are asked not to approach him and call 9-1-1.

Police also released a photo of the suspect, which can be seen below. 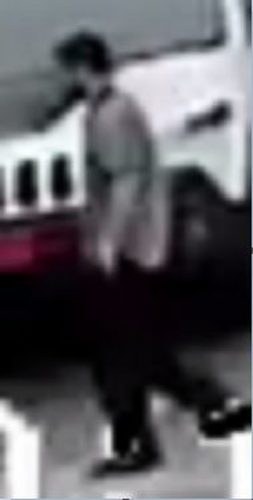