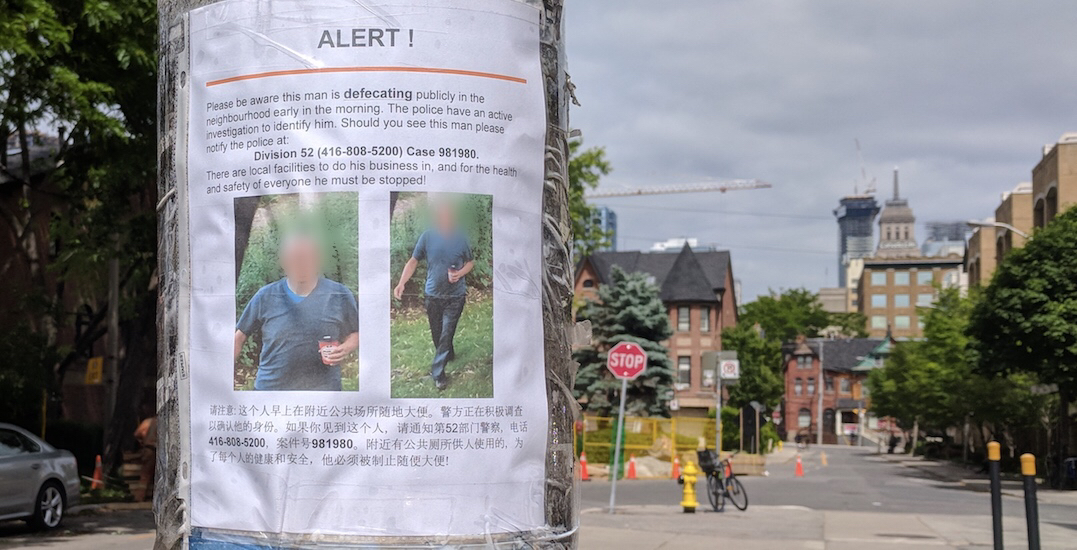 A Toronto neighbourhood is on the lookout for a mysterious man who continues to defecate in public.

The incidents have been taking place around Soho Square, which is located north of Toronto’s bustling Queen West and Peter streets. 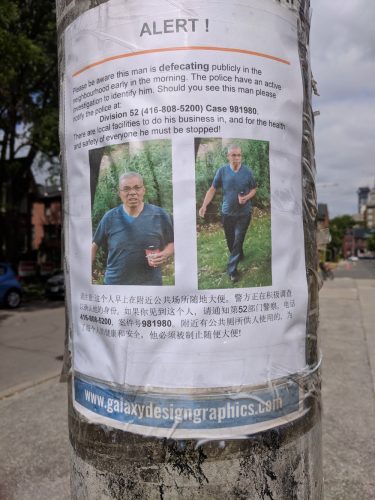 According to flyers posted in the area, the unknown public pooper has been doing his business in public areas early in the morning.

“Please be aware that this man is defecating publicly in the neighbourhood early in the morning,” reads the flyer.

“There are local facilities for him to do his business in, and for the health and safety of everyone he must be stopped!” 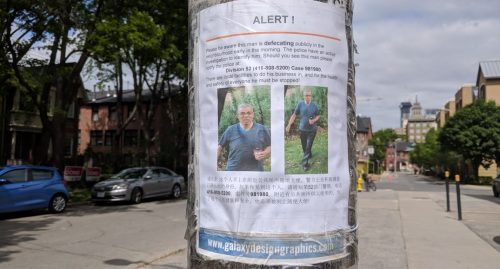 The posters include two photos of the alleged pooper in question. Suspect number one in going number two, is seen carrying a Tim Hortons cup and wearing black pants, with a green shirt, and glasses.

No toilet paper in sight.

A spokesperson for the Toronto Police Service confirmed to Daily Hive that police currently have a report on file and an investigator has been assigned to the case.