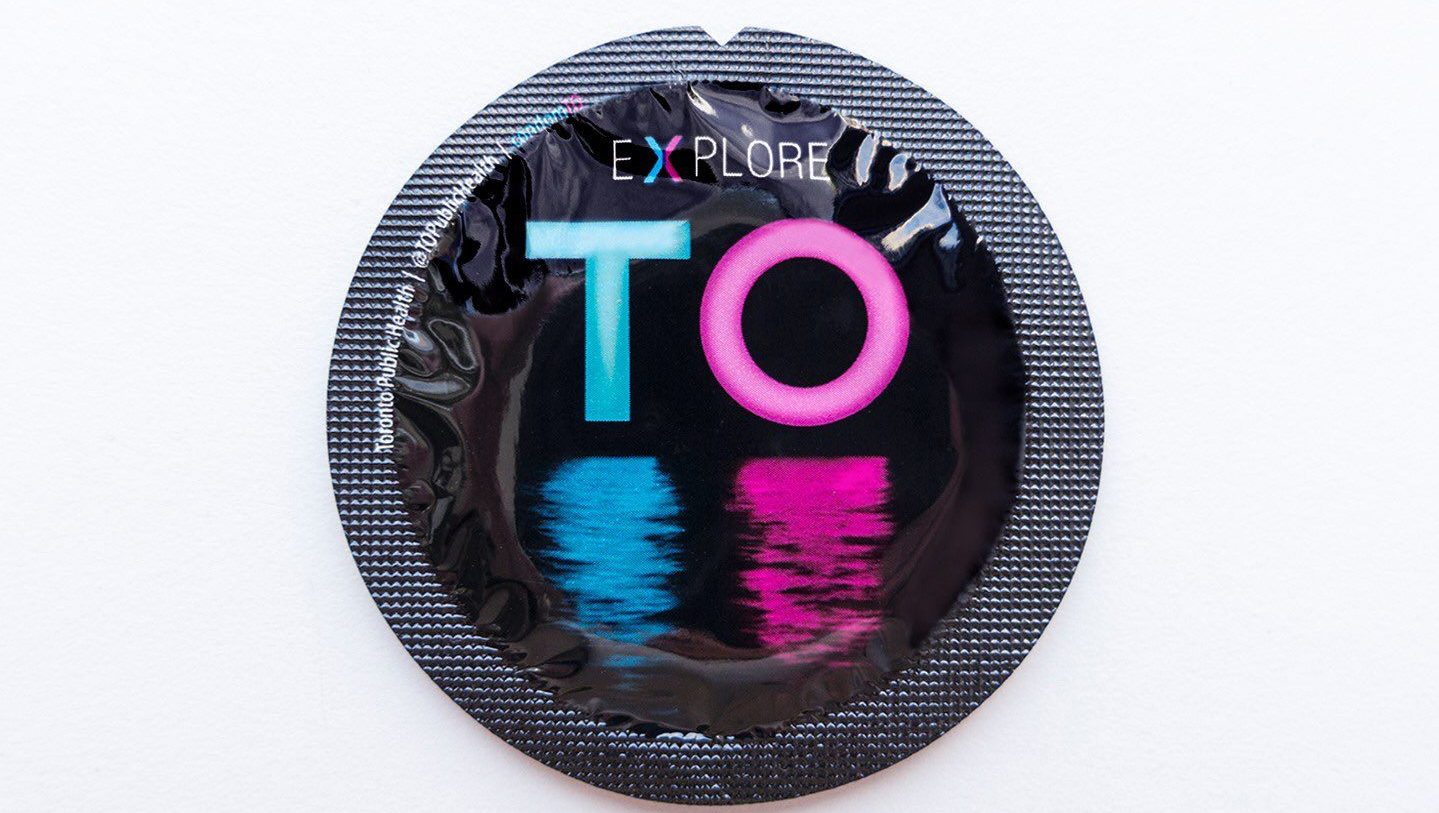 You can now show off your civic pride in the bedroom.

Toronto Public Health and the City of Toronto unveiled the latest city-branded condom wrapper at Nathan Phillips Square on Friday morning, just in time for the weekend.

The new condom wrapper features Nathan Phillips Square’s three-dimensional Toronto sign, which has been an iconic symbol for the 6ix since the 2015 Pan Am/Parapan Am Games. The city designs the branded condoms, known as condomTO, as a means to promote safer sex and reduce the stigma around condom use. According to condomTO, the design shows “love for our diverse, multicultural city that embraces acceptance, equality and a sex-positive attitude.”

The newest edition of #condomTO is inspired by the iconic Toronto sign! How’s that for civic pride? pic.twitter.com/LNsgXJOjlI

“Toronto Public Health promotes healthy sexuality and condom use to prevent unplanned pregnancy and the transmission of sexually transmitted infections and blood borne infections,” said Dr. Barbara Yaffe, Toronto’s Acting Medical Officer of Health, in a statement. “City-branded condom campaigns are an innovative way to raise awareness and reduce stigma around condom use.”

For those looking for the new civic condoms, they can be picked up at Toronto Public Health’s sexual health clinics across the city and from partner agencies.

Not only did the city release the new condom wrapper designs, as a way to further promote condomTO, Toronto Public Health also designed new branded bicycle seat covers for Toronto cyclists. The waterproof seat covers, which will be distributed downtown, displays the subtle message “Wrap it and ride.”

The titillating announcement from the City this morning resulted in some cheeky tweets.

The City wants you to be protected on the road & in bed. #CondomTO https://t.co/6UNtN4zt1D

Condoms through Toronto Public Health are free. Regret, however, costs people a lot.